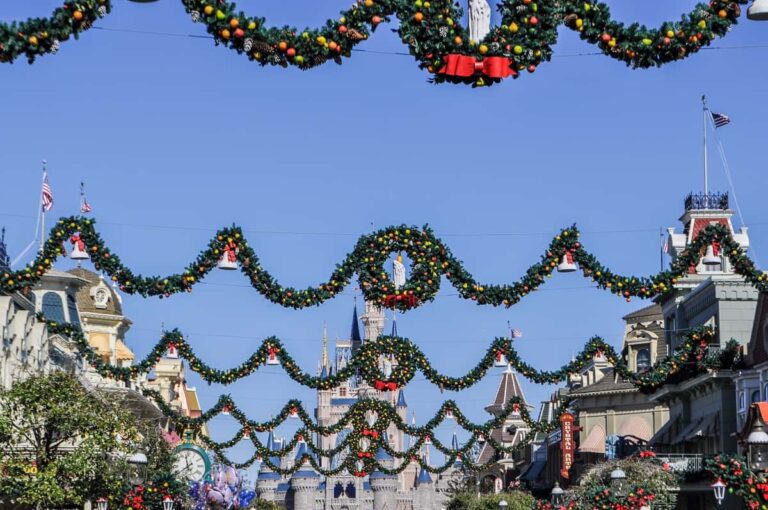 Is It Cheaper to go to Disneyland or Disney World?

It’s every child’s dream to visit Disney and experience the magic of meeting Disney characters. Adults, too, want to create memories while attending the shows and enjoying the rides. All this comes at a cost, and not a cheap one.

The cost of admission, entertainment, accommodation, and food can add up to several hundred dollars, especially for a family. Assuming you’re all set and prepared to take a vacation to Disney, where should you visit? Is it Disneyland or Disney World?

Before you decide, it’s essential to understand that the two are wildly different. Disneyland, in Anaheim, California,  is Mickey’s original home and consists of only two parks and only three hotels. Disney World, in Orlando, Florida, is much larger, made up of four parks, two waterparks, and a host of resorts.

So, is it cheaper to go to Disneyland or Disney World? Comparing the prices of the two sites will help you make a more profound decision. An excellent way to look at this perspective is to have a sneak peek into the hotel and entertainment options.

At any one of the four theme parks in Disney World, a one-day ticket will cost you $109. The cost becomes cheaper if you spend more days at the attractions. For example, if you visit for five consecutive days, the price will be about $83 per day.

A one-day ticket that allows you access to all the parks costs $169. Similarly, the prices go down as you increase your number of visiting days.

On the other hand, a one-day ticket at Disneyland will cost about $127. However, the price varies depending on the day of the week you choose. A card that allows you to hop from one park to the other attracts a cost of an additional $50.

For a five-day ticket in Disneyland, you’ll pay $68 per day. You may choose to pay the extra cost of the Fast Pass service.

Disneyland is more expensive when you’re visiting for only one day. The price even escalates if you want to experience both parks. However, with a more extended visit of five or more days, Disneyland becomes the cheaper option.

Disneyland has three hotels, two of which have a close resemblance to the resorts at Disney World. The Luxury Grand Californian in Disneyland is sister to the Deluxe Grand Floridian. This is situated just across from the Magic Kingdom.

The differences in prices can’t go unnoticed. While the Grand Floridian charges anything from $631, the Grand Californian has much lower rates that start at $586.

Two other closely similar facilities are the Disneyland Hotel and the Disney World Contemporary Resort. Both are classic, have kid-friendly characteristics, and feature Monorail stops and charming character restaurants.

Rates at the Contemporary Resort start from $434. Luckily, the Disneyland Hotel is no different, given the similarity in features. You can grab a room starting at $445.

In the case of hotel rates, Disneyland is relatively cheaper. You can save up to $43 a night on accommodation.

Your experience at Disney isn’t complete without a savor of the tasty foods. Character meals are some of the reservations you don’t want to miss. For example, you can make breakfast reservations with one of the Disney characters like Mickey Mouse.

An array of live anamorphic characters will entertain you. If you visit any of the Disney Hotels, you can also avoid the additional park admission fees. Consider this as a welcome option to Disney or reserve it for your last day of the visit.
The figures at Chef Mickey’s for breakfast are $29 for children and $49 for adults. This is at the Contemporary Resort at Disney World. At Goofy’s Kitchen in the Disneyland Hotel, it’ll cost you $26 for children and $44 for adults for the same meal.

In Disneyland, the cost of food is somewhat lower. You’ll save $3 for children and $5 per meal for adults. This is quite something if you’re on a shoe-string budget.

There’s no end to the food variety at Disney. You’ll discover this when you’re craving smoothing to bite in between shows or rides. For example, at the Disney World Hollywood Studios, you can grab a Mickey hot pretzel for $6.79.

On the other side of Disneyland California Adventure, the same snack goes for only $4.79. The meat turkey leg goes for $12.49 at the Tortuga Tavern in Disney World while it costs $11.99 in Disneyland’s Poultry place.

Are you looking for dessert? You can get the Dole Whip pineapple soft serve for $5.99 at the Tiki Juice Bar at Disneyland. At Aloha Isle at Disney World’s Magic Kingdom, it goes for $4.99.

Most of the food items you find in Disneyland are available in Disney World but at a slightly higher price. Apart from the dessert, which is slightly more expensive in Disneyland, you’ll be able to save about $1.50 with every treat. This may seem like little but will amount to a lot by the end of your five-day visit.

It’s easy to compare the drink prices from Disneyland and Disney World. Since the launching of the Galaxy’s Edge parks on both attraction sites, most drinks sell for the same price. For example, the Blue Bantha, a non-alcoholic beverage, retails at $13 at both parks.

The Fuzzy Tauntaun cocktail will cost you $16 in both places. The difference comes in when you want the Star War snacks. At Disneyland, a bowl of Batuu Bits will cost you $8 while at Disney World, it’ll set you back $11.

In Disneyland, you’ll save an average of $3 on snacks. Looking at all the above factors, Disneyland is a lot cheaper than Disney World.

If you’re torn between Disneyland and Disney World, the cost factor may help you decide. This is especially true if you’re planning a family vacation on a tight budget. The cost of admission, accommodation, entertainment, and meals comes into play to help you decide.

Going by the above figures for each respective park, Disneyland is more accommodative. The cost is especially more favorable for more extended stays. So, be sure to plan your trip and the number of days you want to spend there to get a clear view of your potential spending.