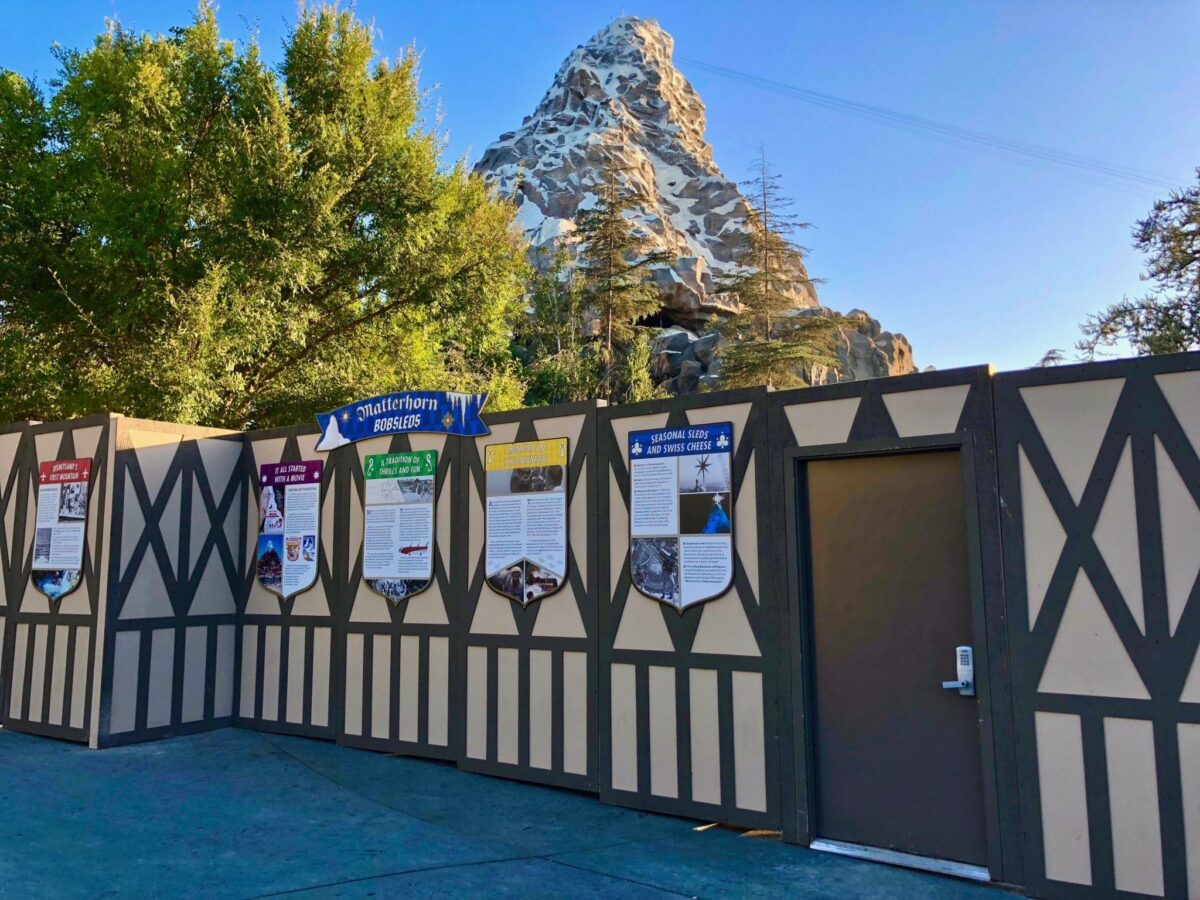 If you been to Disneyland Park recently you may have noticed that the Matterhorn Bobsleds is closed. There’s a large fence surrounding the entrance of the attraction so guests can’t see inside. We’ve been speculating as to what the closure is for and believe we may have the answer.

As many of you are aware the Matterhorn Bobsleds line has notoriously wrapped around the mountain, making the line look very, very long at times. With the addition of Fastpass not too long ago this scene has only gotten worse. From Disney’s perspective, you never want an attraction to appear to have a long line as it discourages guests. Truth be told that’s completely true. 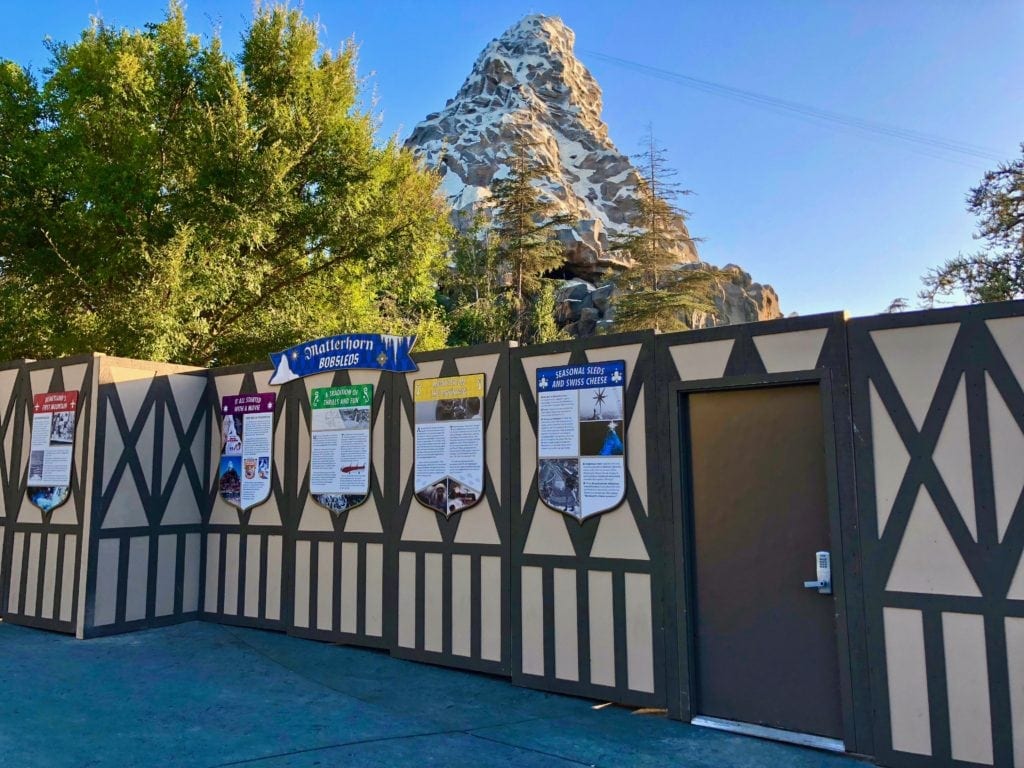 On our last trip to the parks we wanted to see if we could figure out what was happening at the Matterhorn during the closure and see if it had anything to do with fixing the queue. Currently the construction fence takes up not just what was the entrance of the attraction but it goes well beyond that; taking up a walking path that used to be open for guests to walk on as they passed by. You can see this in the photo above (view is from the outside).

Because you can’t see much we took a quick trip on the monorail to get a better view of what was actually going on on the other side of the fence. Sure enough, as you can see in the photos below, the entrance is getting a refurb which we believe will keep the attractions queue from wrapping around the mountain itself and instead keep it in front of the attraction. Now this is only speculation on our part but that’s what it looks like they’re doing. 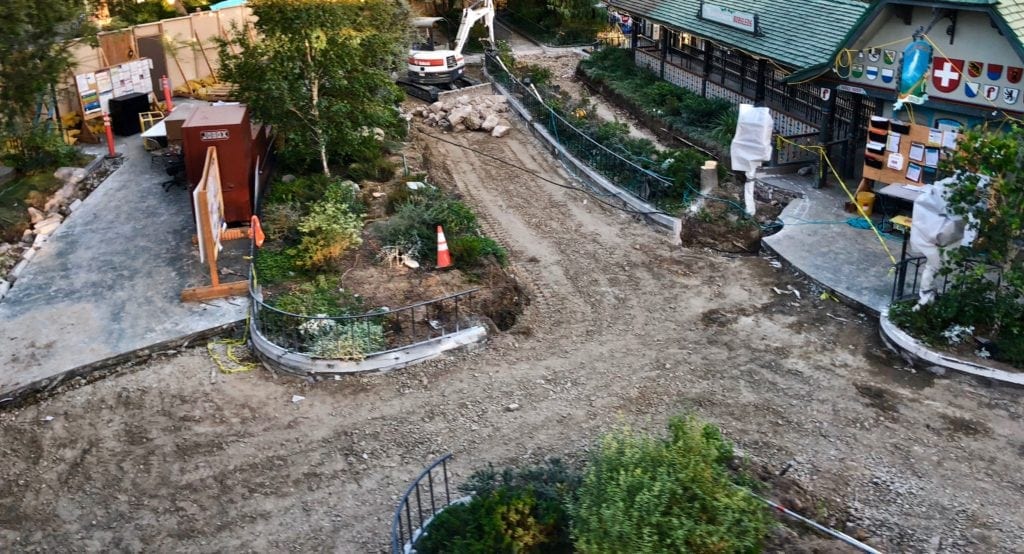 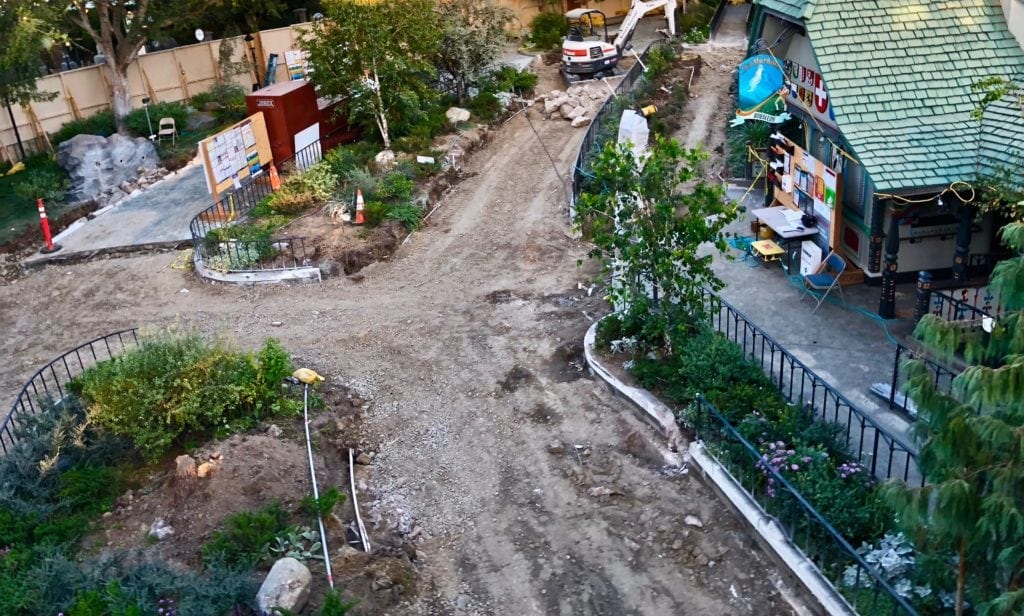 We’re not sure when the Matterhorn Bobsleds will reopen. Disney currently has it marked TBD which usually means they have no idea either. While it’s a bummer that the attraction is closed we’re excited to see this new change and the impact it will have on this classic attraction!

Thanks for subscribing! Please check your email for our next newsletter.
By Dean Chapman
Disneyland Resort Tags: matterhorn