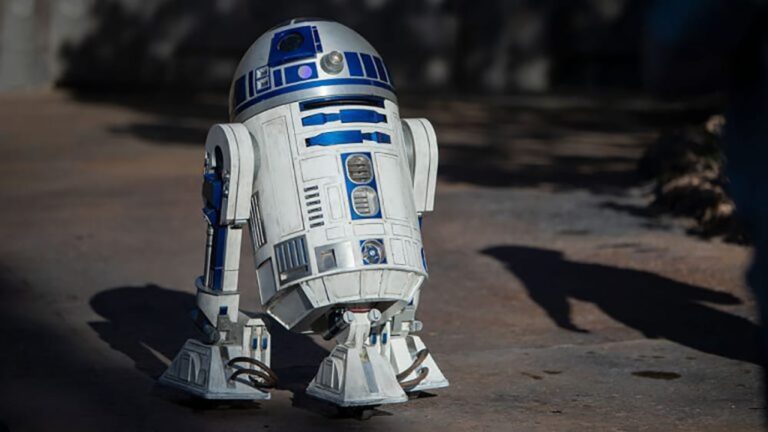 If you are planning on visiting Star Wars: Galaxy’s Edge at Disneyland® or Walt Disney World® Resorts, you’ll encounter plenty of characters from around the galaxy—from members of the First Order and the Resistance, to cosmic creatures and of course, droids!

On your next transport to Batuu in Disneyland park, you may see a familiar sidekick gliding around: R2-D2!

A resourceful astromech droid, R2-D2 has shown great bravery in rescuing his masters and their friends from many perils. A skilled starship mechanic and fighter pilot’s assistant, he formed an unlikely but enduring friendship with the fussy protocol droid C-3PO.

While visiting Star Wars: Galaxy’s Edge, you can take time to explore the epic land where they can sample galactic food and beverages, enter an intriguing collection of merchant shops and take the controls of the most famous ship in the galaxy aboard another attraction in the land, Millennium Falcon: Smugglers Run.

The newest attraction, Star Wars: Rise of the Resistance, launches at Disneyland park on Jan. 17. You can climb aboard a full-size transport shuttle before being captured by a Star Destroyer. You’ll then find yourself in the middle of a climactic battle between the dark side of the First Order and the light side of the Resistance. The harrowing adventure blurs the lines between fantasy and reality on a scale never seen before in a Disney attraction.