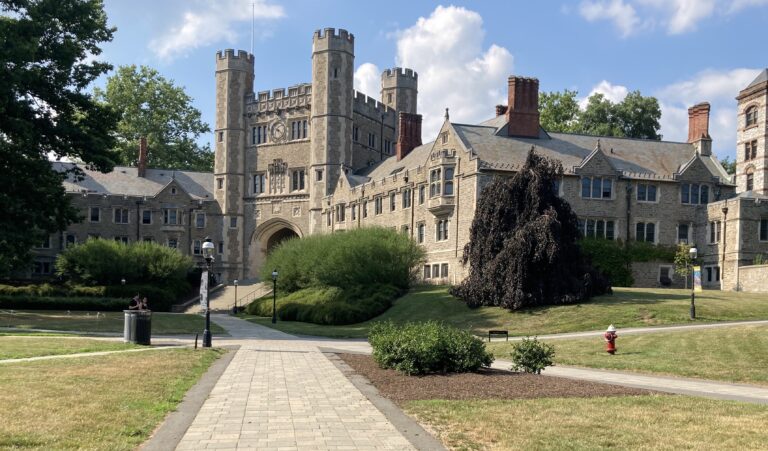 Originally an English settlement and named in honor of England’s King William III, the former prince of Orange and Nassau, Princeton has been a thriving community for nearly 300 years. Here, important events and individuals have contributed to Princeton’s historical development. These tourist attractions are testimonials to the notable happenings and the people who influenced them.

This National Historic Landmark covers five acres at 55 Stockton St. Why has the Morven Museum & Garden been designated a National Historic Landmark? It was constructed back in 1754 as the domicile of Richard Stockton. A graduate of the first class of the College of New Jersey (now Princeton University), he was a noted lawyer and one of the signers of the Declaration of Independence in 1776.

His wife Annis Boudinot Stockton was one of the first female poets in the United States, whose works celebrated heroes of the American Revolution including George Washington. She came up with the name “Morven,” which is Gaelic for “big hill.” 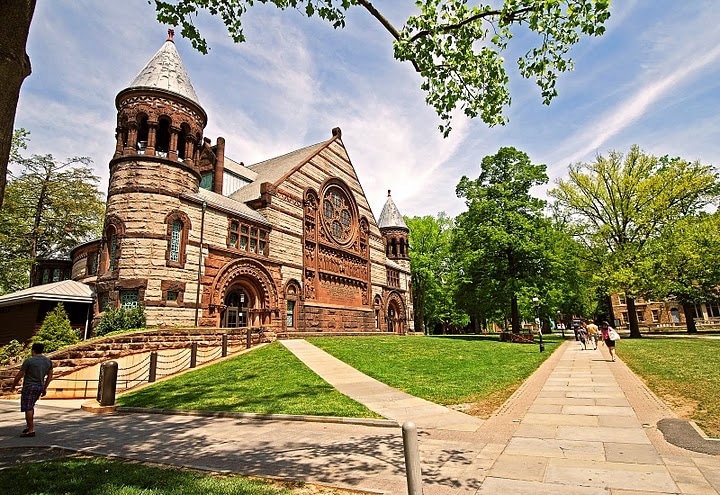 The Stocktons’ descendants continued to live at this estate until the early 20th century when it was leased to Gen. Robert Wood Johnson. Johnson made his mark as chairman of Johnson & Johnson from 1928 to 1944. From 1945 to 1982, the house functioned as New Jersey’s Governor’s Mansion.

When the Governor’s Mansion relocated, Morven underwent a historical restoration under the guidance of a group called Historic Morven Inc. In 2004, it was opened to the public as a museum and garden and has remained so since. The first floor of the Morven Museum & Garden has a permanent exhibition, “Historic Morven: A Window Into America’s Past.” Consisting of seven rooms, this exhibition examines the history of Morven and its inhabitants — not only the prestigious owners like Richard Stockton and the New Jersey governors but the slaves and servants who worked in this estate.

Visitors can examine the historical artifacts and paintings here. The second floor displays rotating exhibitions exploring aspects of New Jersey history and culture. Among the past exhibitions have been the history of baseball in the Garden State and photographs and videos illustrating the life and career of rock star and New Jersey native Bruce Springsteen. Tourists will also be impressed by Morven’s garden layout, particularly a meticulous re-creation of the Colonial Revival style garden, originally established in the early 20th century.

The Princeton Battlefield State Park at 500 Mercer Road is where the Battle of Princeton was fought on Jan. 3, 1777. It resulted in a field victory for Gen. George Washington’s American troops over the British Regulars. The Battle of Princeton was the final conflict in “The Ten Crucial Days,” a period of fighting between the Americans and the British in New Jersey during the American Revolution that commenced on Dec. 25, 1776, when Washington and his soldiers crossed the Delaware River to make a surprise attack on an enemy garrison in Trenton.

The series of American victories during The Ten Crucial Days not only resulted in the liberation of much of New Jersey from enemy occupation but they also boosted morale for the American revolutionaries fighting for independence from the British. 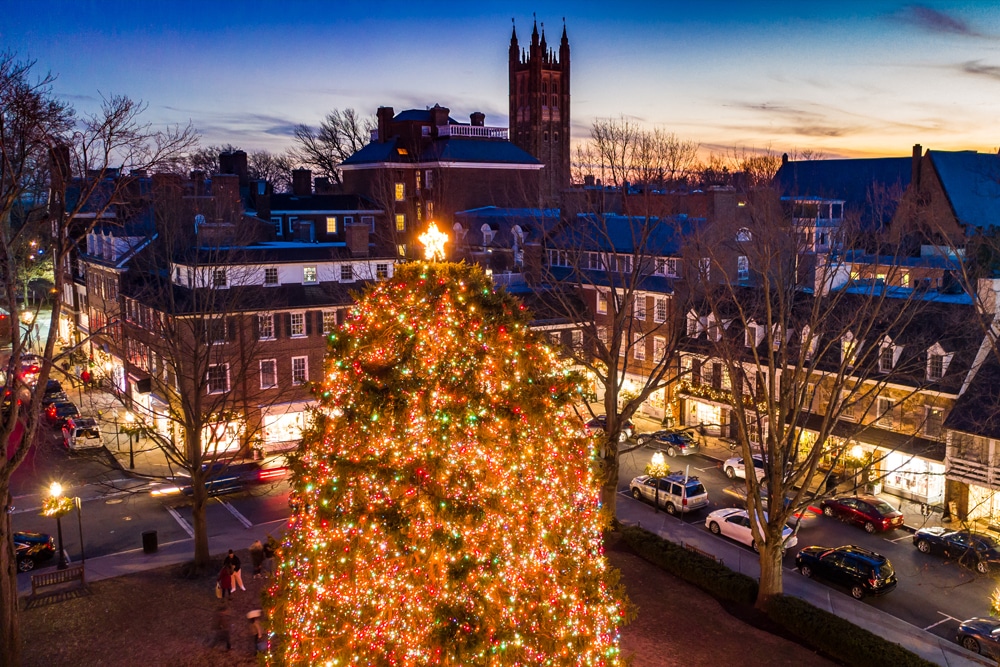 A large white oak tree called the Mercer Oak once stood at the Princeton Battlefield State Park. It was named after British Gen. Hugh Mercer who according to legend was laid against the tree after he was killed during the Battle of Princeton.

The tree perished from old age in 2000 but still standing is the Thomas Clarke House. Clarke was a Quaker farmer who lived here with his sisters Susan and Hannah and an enslaved black woman named Susannah. This edifice functioned as a field hospital after the Battle of Princeton where the wounded soldiers, both American and British, were treated. Originally constructed in 1772, the Thomas Clarke House has been restored and tourists can look at the civilian and military exhibits inside.

Located at 29 Greenview Ave., the Princeton Cemetery contains tombstones dating back to 1760. Among the notable individuals interred here are Aaron Burr, who served as the third vice president of the United States; Grover Cleveland, the only U.S. president to date who was born in New Jersey; and several signers of the Declaration of Independence.

Burials are still conducted today in the Princeton Cemetery. The Nassau Presbyterian Church, which owns the cemetery, stands at 61 Nassau St. There have been religious services at this location since 1768. Noted historical figures such as Cleveland and another U.S. president, Woodrow Wilson, attended services here.

Stony Brook Meeting House is a Quaker meeting house at 470 Quaker Road that, like the Nassau Presbyterian Church, still holds services today. The first meeting house at this spot was erected in 1726 but was destroyed by a fire in 1756. In 1760, a second meeting house was completed and still stands there today. 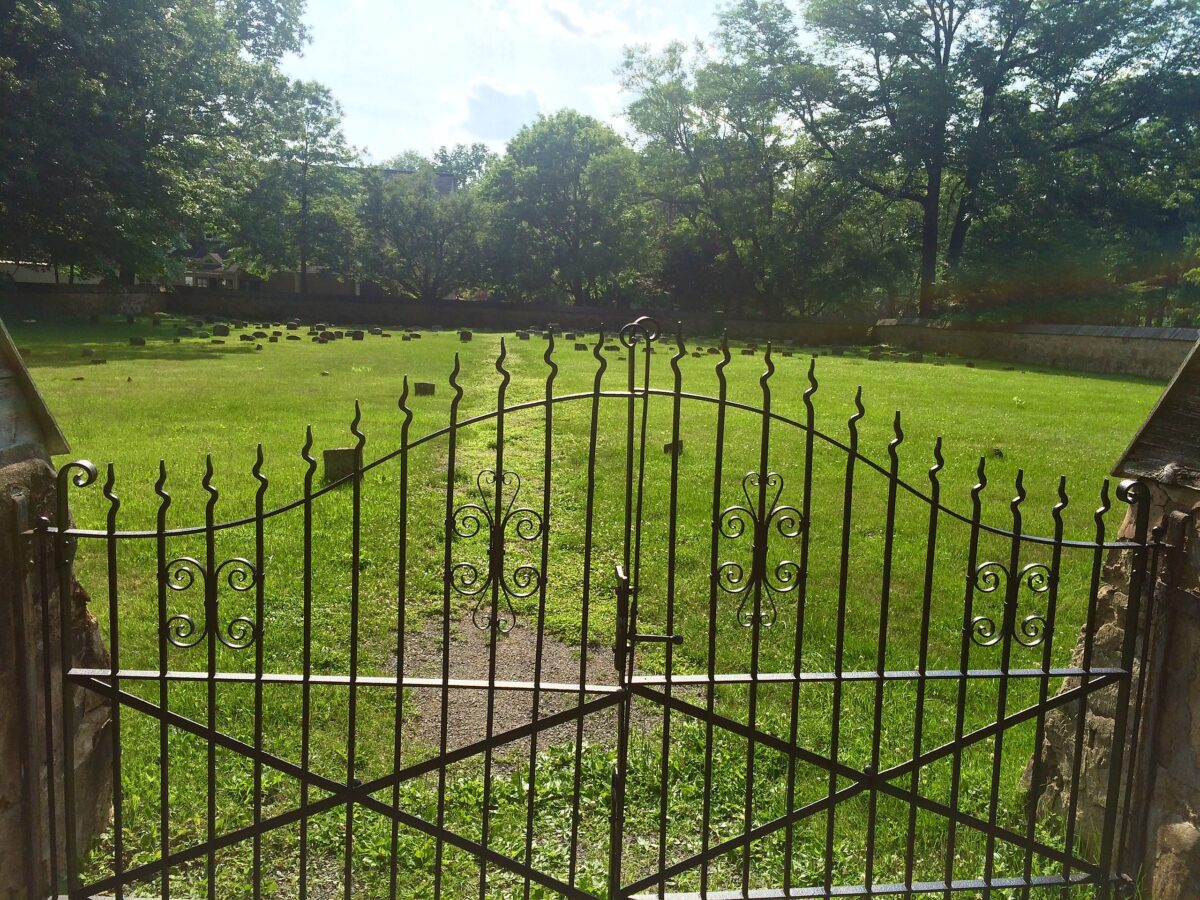 Like the Thomas Clarke House, this meeting house hospitalized wounded soldiers during the American Revolution. Legend has it that the floor’s dark stains are actually the patients’ bloodstains. The cemetery adjoins the meeting-house; curiously many of the graves are unmarked. Back in the 18th century, the Quakers believed in burying individuals without any pomp or ceremony. One of the people interred here is Richard Stockton, who lived at what is now the aforementioned Morven Museum & Garden.

Visitors to this six-acre property at 354 Quaker Road will marvel at a renovated late 18th-century farmhouse, an 1892 barn, a raised-bed organic garden, a wagon shed, garden sheds, a three-bay garage, and a corn crib. This area was originally obtained in 1696 by Benjamin Clarke, a writer, surveyor, and businessman, and the grandfather of the aforementioned Thomas Clarke.

The property is along the route which American troops took to battle British troops at the Battle of Princeton on Thomas Clarke’s land. Inside the farmhouse are intriguing and educational exhibits, particularly the Einstein Salon and Innovators Gallery, which examines Albert Einstein’s years in Princeton, and Princeton’s Portrait, which displays vintage photographs of the city’s agricultural history.

As this guide reveals, even if Princeton didn’t have one of America’s top universities, it would still be an amazing town, rich in culture and accomplishments. The people of Princeton can take pride in the city’s contributions to American history, especially during the American Revolution. And visitors to Princeton will be impressed when learning the city’s important happenings and individuals from these attractions. Anyone who tours the city will be impressed by the architectural beauty of Princeton University and its stunning campus. Touring the city’s other historical sites will enrich the visit many times over.