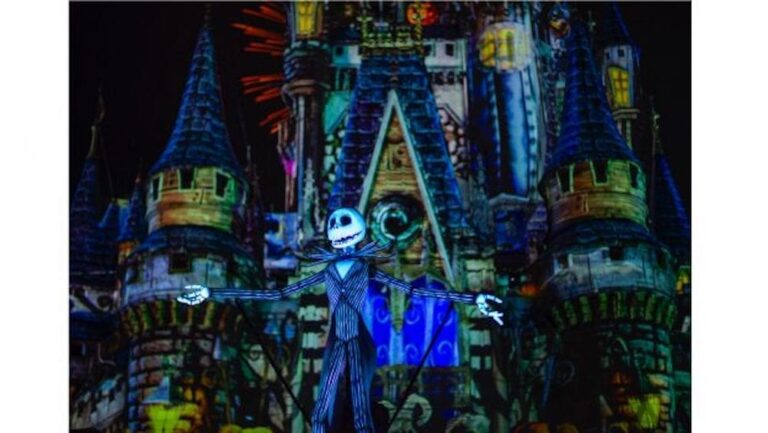 Mickey’s Not-So-Scary Halloween Parties will return to Magic Kingdom Park on August 16 – and this year, guests will receive the “treat” of the brand-new “Disney’s Not So Spooky Spectacular” fireworks show. 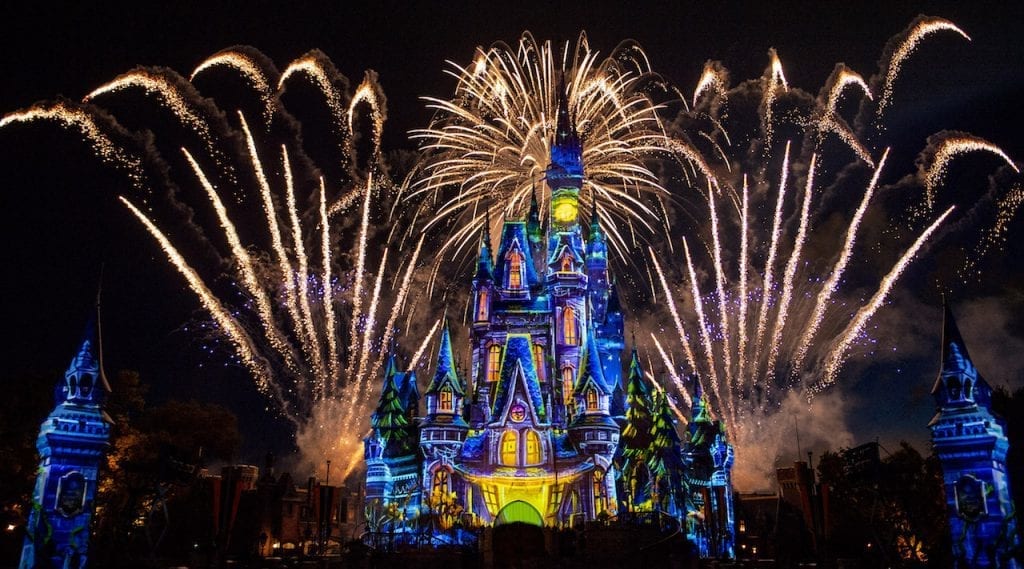 With just days to go until the big reveal, Disney Parks Live Entertainment has been putting the finishing touches on the spectacular – and our cameras were on-hand to grab a first look.

In “Disney’s Not So Spooky Spectacular,” Jack Skellington from “Tim Burton’s The Nightmare Before Christmas” serves as host and has come to tell a “not-so-scary” story about how anything can happen on Halloween night. His ghost dog, Zero, flies off carrying everyone along on a trick-or-treating adventure, where four friends – Mickey, Minnie, Donald and Goofy – find themselves drawn into a mysterious haunted house. Their journey takes them from one room of the house to another, encountering dancing skeletons, waltzing ghosts and a whole series of troublemaking Disney villains. The show will also include state-of-the-art projections and lasers, plus lighting and dazzling fireworks that will fill the sky above Magic Kingdom Park.

Be sure to purchase discounted tickets for your vacation to Magic Kingdom. Remember that Mickey’s Not So Scary Halloween Party is a separate ticketed event. Magic Kingdom will close early to guests without these special event tickets so plan ahead.