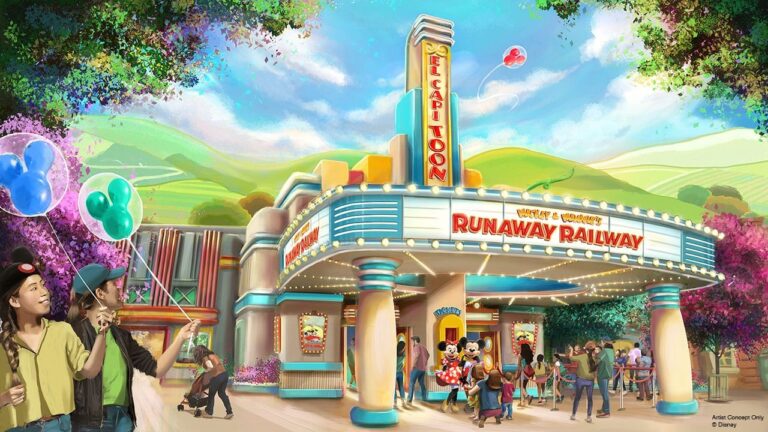 FastPass+ reservations for Mickey & Minnie’s Runaway Railway just became available in the My Disney Experience app for guests visiting on or after opening day (March 4).  When the attraction opens, you will be able to enjoy the amazing world of Mickey using either FastPass+ service or a standby line.

At Mickey & Minnie’s Runaway Railway, guests enter the NEW Mickey Mouse cartoon short “Perfect Picnic” for an one-of-a-kind adventure where anything can happen. Why? Because here, mouse rules apply!

And when making FastPass+ plans for up to three experiences at Disney’s Hollywood Studios, you can select between either Mickey & Minnie’s Runaway Railway, Millennium Falcon: Smugglers Run or Slinky Dog Dash. Then, you can add additional experiences to plans, including Toy Story Mania, Alien Swirling Saucers, Rock ‘n’ Roller Coaster Starring Aerosmith, The Twilight Zone Tower of Terror, Fantasmic! or others.

Be sure to purchase your tickets now so you can make your FastPass+ reservations in advance!