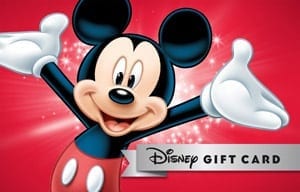 The New Disneyland Hotel Will Amaze You!

The new Disneyland hotel which was announced this past weeks was a big shocker for us! Not that we didn’t know they we’re building one but more of what it is and where it’s located. Our initial reaction was “how?” How can they pull this offer?! It will disrupt so many things! However, the more we’ve thought about it the more we love it.

The new Disneyland hotel will feature so really cool things but first the basics. It will feature 700 guest rooms, a fantastic swimming pool, a rooftop restaurant and lounge for dining as well as a rooftop fireworks viewing area. Shops and other dining experiences will be featured at the bottom or ground level of the hotel and include some playful water features.

The new hotel is somewhat “oasis-themed” in that it will be surrounds by foliage and water features including the outside of the rooms all the way to the top. No details have been announced about the interior of the hotel other than the fact that hotel guests will have dedicated platform access to the monorail. This will be located at the North East end of the hotel. Of course we have lots of questions based on the photo rendering of the new hotel. The image makes it look like the hotel has 4 separate building, the 2 larger ones creating the V shape and then 2 smaller ones on the North West side. Will these be Disney Vacation club rooms? Suites? Standard rooms?!

We’re also wondering what will happen to all the shops that are already in Downtown Disney but now in the way of the new hotel. These would include Rainforest Cafe, AMC theaters, ESPN Zone, and Earl of Sandwich. Will they be featured on the ground level of the new hotel? Are they removing them completely?

It’s an interesting concept to get use to but we think it’s going to be really great! Disney did mention that all 4 resort hotels will be connected by lush garden walking paths to create a more connected feeling of the resort. We haven’t forgotten about you Paradise Pier!

The new Disneyland hotel will open in 2021 with construction starting in 2018. It is expected to be Disney’s 3rd AAA Four Diamond Hotel. Be sure to visit Park Savers for additional news and updates and for special Disneyland ticket deals.