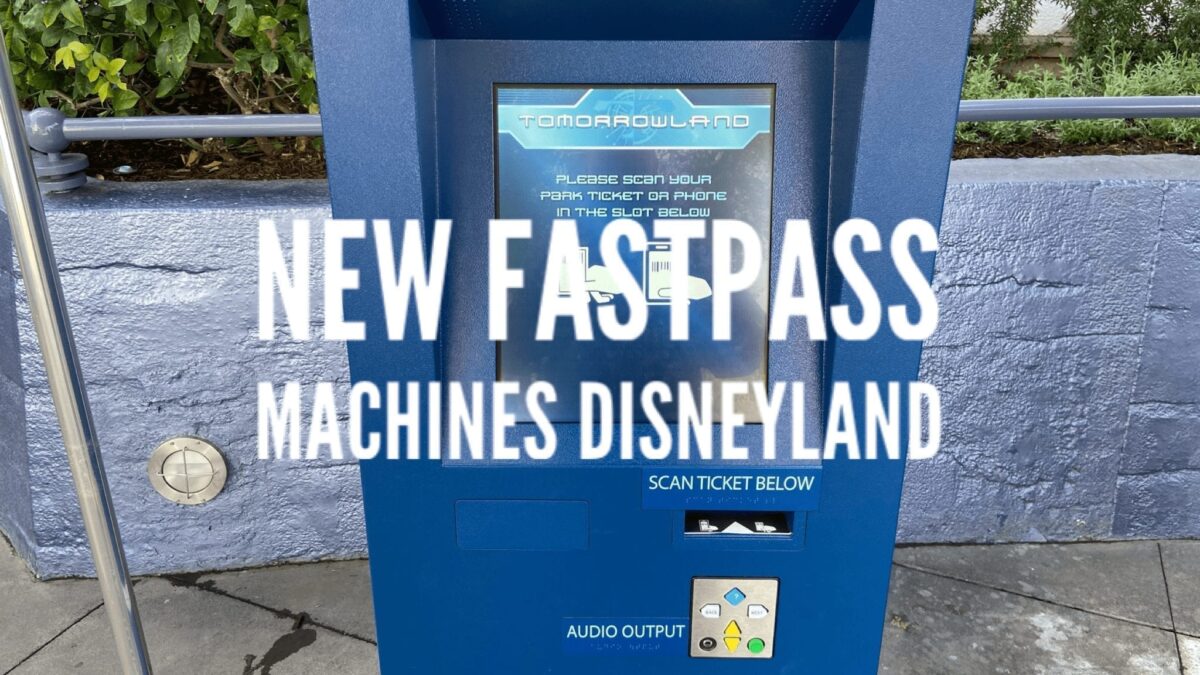 It’s a first of its kind and I have to admit I like it. At Tomorrowland in Disneyland Park guests will no longer find Fastpass machines for Star Tours, Buzz Lightyear Astroblasters it Space Mountain where they used to. 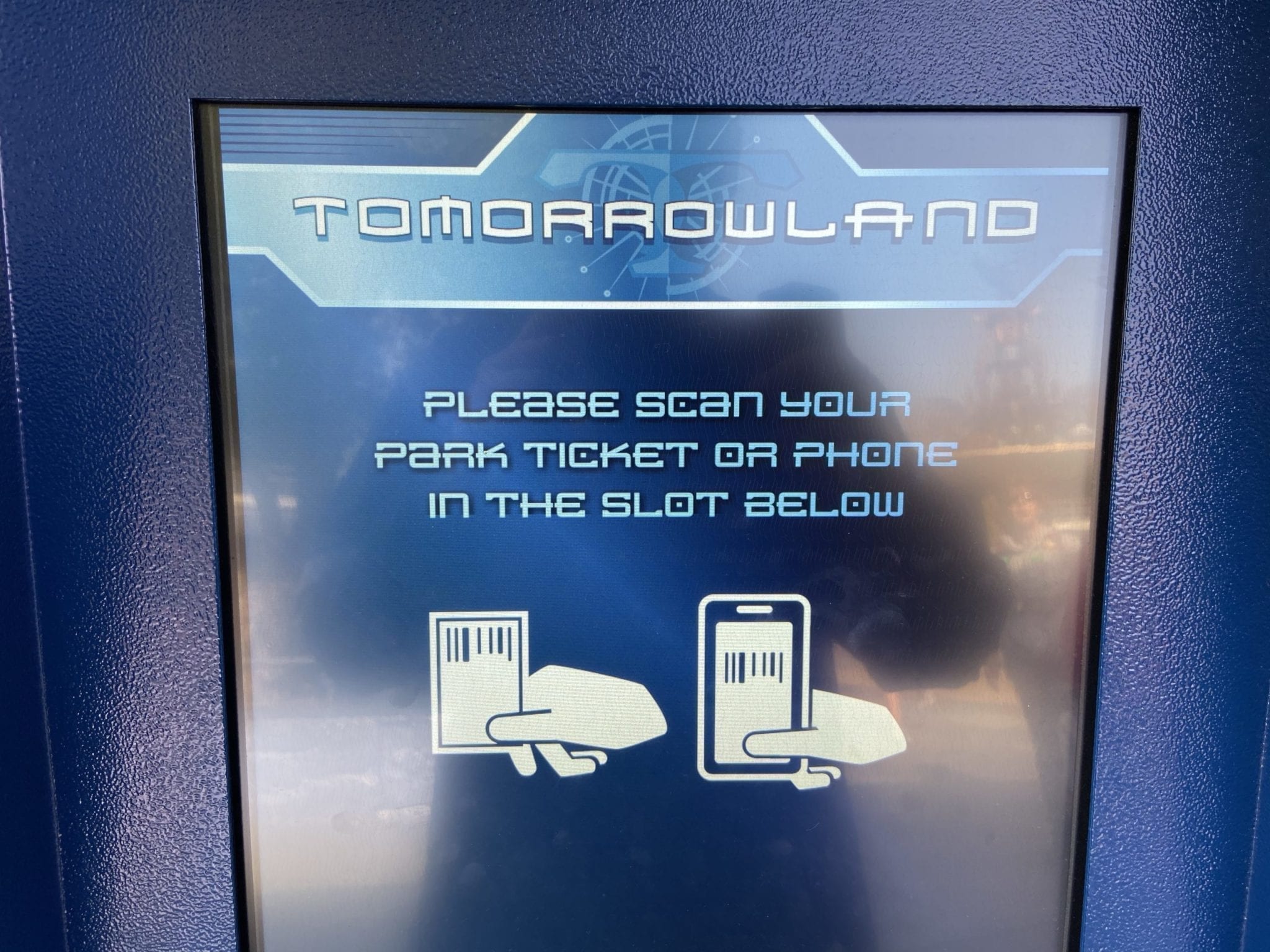 New machines have replaced all 3 Fastpass locations and combined them into 1 machine that allows you to select the attraction of your choice and the time.

When I first approached Star Tours I went to the usual place but found a sign directing me to Tomorrowland Theater. When I got there I only saw three machines and got worried that there was only one for each attraction. 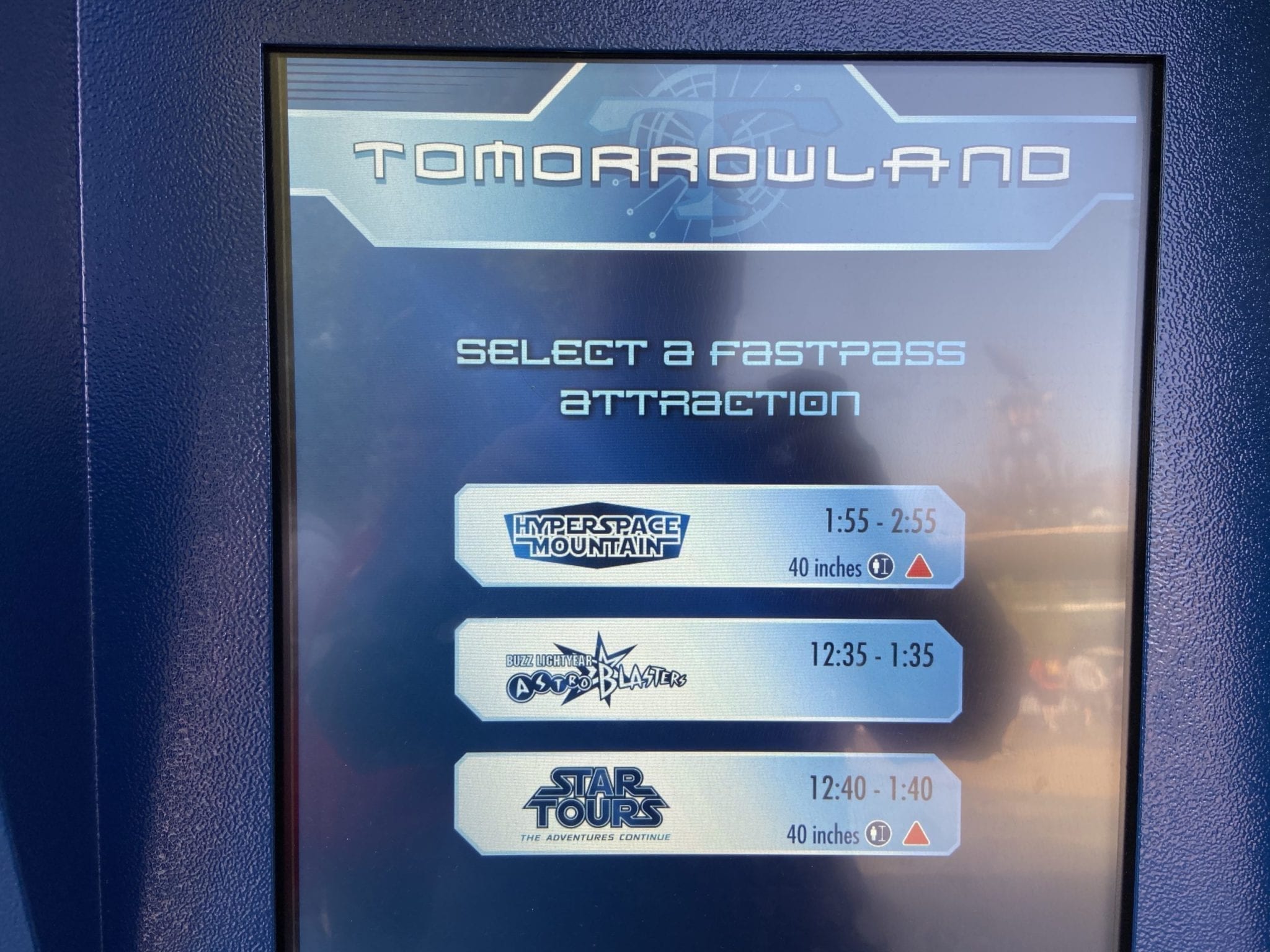 Of course once I started using it I realized that each machine allows to to select any of the three attractions and the time.

It’s as simple as scanning your park ticket, choosing the attraction and time and then confirming.

Of course if you already have a Fastpass out (as I did) then it will tell you which one and when you can get a new one.

Some people seemed a little confused on what was going on but for the most part I found the machines easy to use.

I can understand space wise why they would move to machines like this and wonder if they will start doing the same for other lands.

Enjoy my video on using the new machines below.

Thanks for subscribing! Please check your email for our next newsletter.
By Dean Chapman
Disney Park News Tags: fastpass