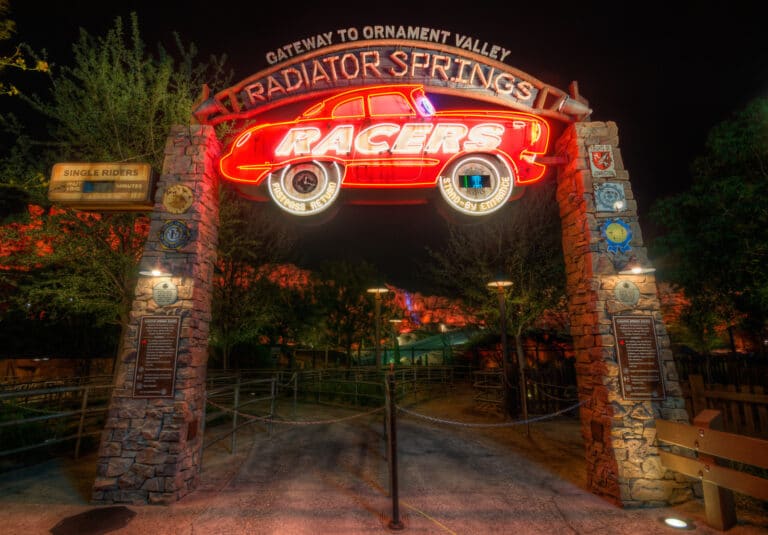 Way, way back in August 2019, before the plague that is Covid-19 turned the world upside down, Disney Genie was first announced. Fast-forward to August 2021, when more details about the service were finally unveiled (Goodbye, free FastPasses! Hello, *paid* Disney Genie+, Individual Attraction Selections and the new Lightning Lanes!) with a tantalizing though frustratingly unspecific launch timeline of “this fall.”

Then, nothing. Not a whisper, peep, hint or clue about when the paid FastPass Plus replacement would officially be unveiled or which attractions would be included. Until (finally) today. So, with the kickoff to Disney World’s 50th anniversary celebration in our rearview and the Disney Genie’s debut just around the corner, we are thrilled to share which rides will get Lightning Lanes and how much it’s going to cost you to use them. But first, let’s tackle any pressing questions you might have first. (Updated November 3, 2022) 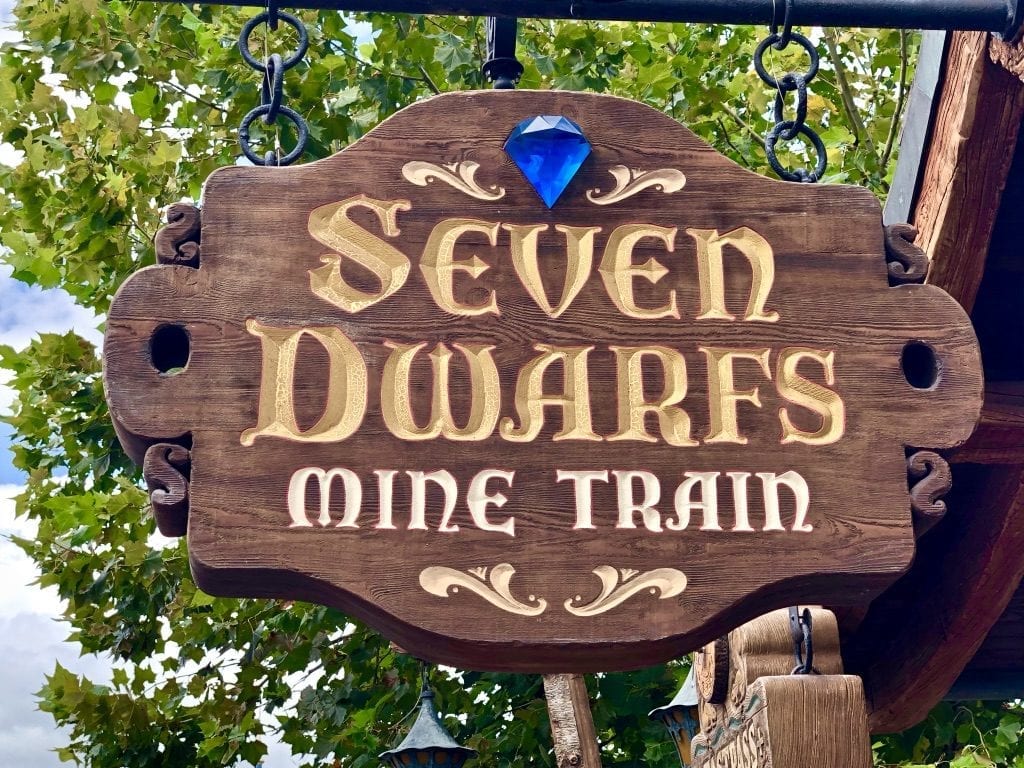 We’ll be the first to admit that Disney’s details on the forthcoming FastPass replacement have been minimal at best and downright confusing at worst. Fortunately, we’re here to help demystify everything we know so far about Disney Genie Plus, Individual Attraction Selections and the new Lightning Lanes. So, let’s get into it.

First things first: What the heck is the difference between Lighting Lanes, Genie+ and Individual Attraction Selections? Simply put, Lightning Lanes are basically the same thing as the old FastPass lines, but paid, of course. In other words, the Lightning Lane is the route that you will take to speed past all of the people languishing in the standby line.

Digging in deeper, Disney Genie+ will let guests skip the lines for over 40 attractions, while Individual Lightning Lane Selections will be reserved for the most popular E-ticket rides. Think, attractions with virtual queues or rides that tend to draw hours-long standby lines. More on this later.

What About Disney Genie?

Disney Genie sounds a whole lot like Disney Genie+. But are they the same thing? Nope! Disney Genie is actually a free vacation planning service that will help you to maximize your park time and spend less time in line. However, rather than being able to reserve a time to ride, Genie will suggest which attraction you should head to next by creating a personalized itinerary based on your preferences and the current and forecasted wait times.

Pretty nifty! For an overview of the new Disney Genie service and everything it entails, click here.

Is This Different From the My Disney Experience App? 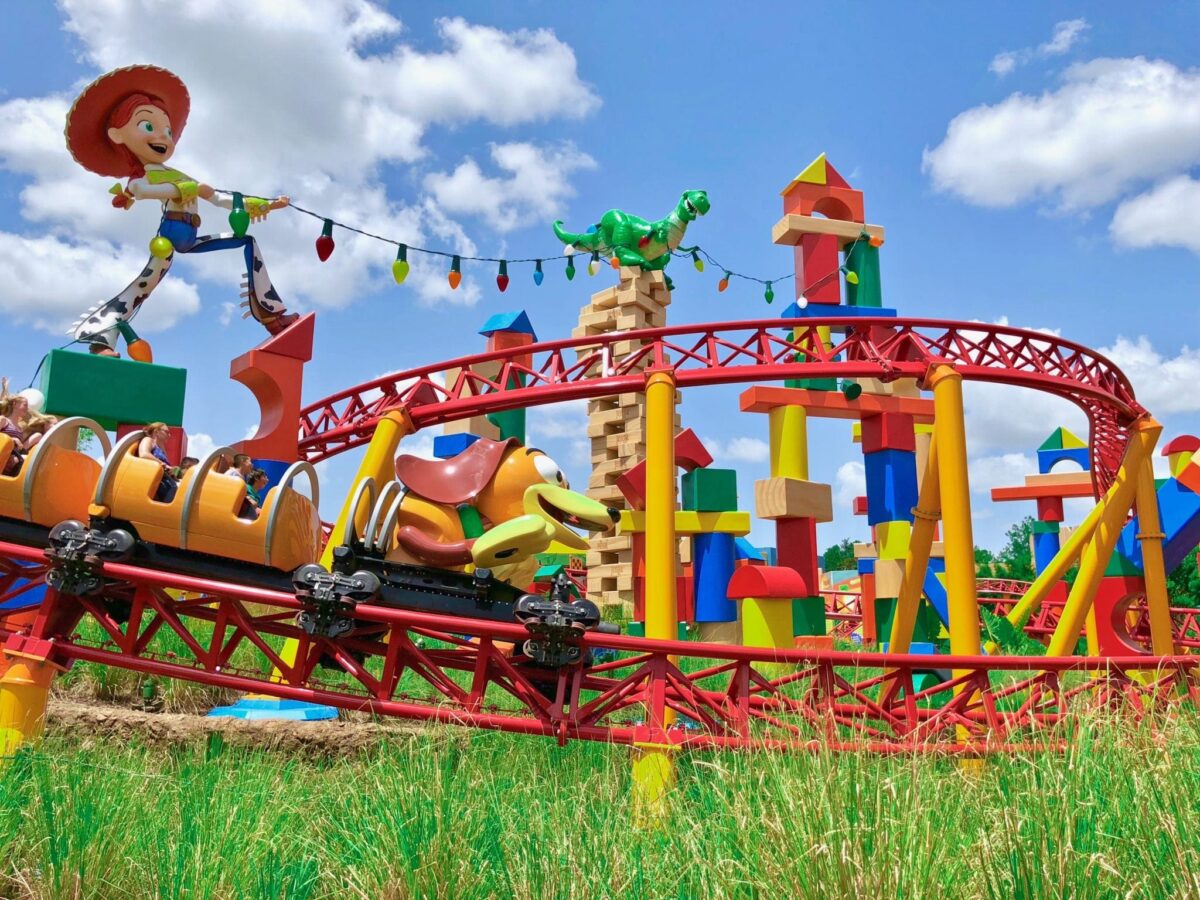 No, there’s no need to worry about deleting your precious photos to make space for yet another app. Instead, Disney Genie (and Genie+ and Individual Lightning Lane Selections) will be incorporated into the existing My Disney Experience app. However, what this will look like in practice remains to be seen. Fortunately, we shouldn’t have to wait too long to find out.

When Does Disney Genie and Lightning Lanes Launch?

While Disney Genie wasn’t quite ready for the start of the 50th anniversary celebration, it won’t be too late to the party, with the service officially set to make its debut on October 19, 2021. FastPass+ signs have already been swapped out for Lightning Lane signs at all four theme parks, so the transition is already well underway.

How Much Does Skipping the Line at Disney World Cost?

It depends on whether you’re using Genie+ or making an Individual Lightning Lane Selection. Genie+ costs $15 or more per day per ticket, depending on how great the demand and busy the park is  – which isn’t too terrible for front-of-the-line access to more than 40 rides, considering.

As for Individual Attraction Selections, like Disney World park tickets, pricing varies depending on which attraction you’d like to ride and the date you’re visiting. So, you can plan on spending more on the newest, most popular attractions and on days when the parks are especially crowded.

For example, Remy’s Ratatouille Adventure will cost $9 per guest when Genie+ launches on October 19, a Tuesday, but $11 per person on October 23, a Saturday. In contrast, Star Wars: Rise of the Resistance will be a pricey $15 per guest. That’s right, it could cost you just as much to bypass the crowds on one ride versus $15 to fast-track your experience on several attractions. 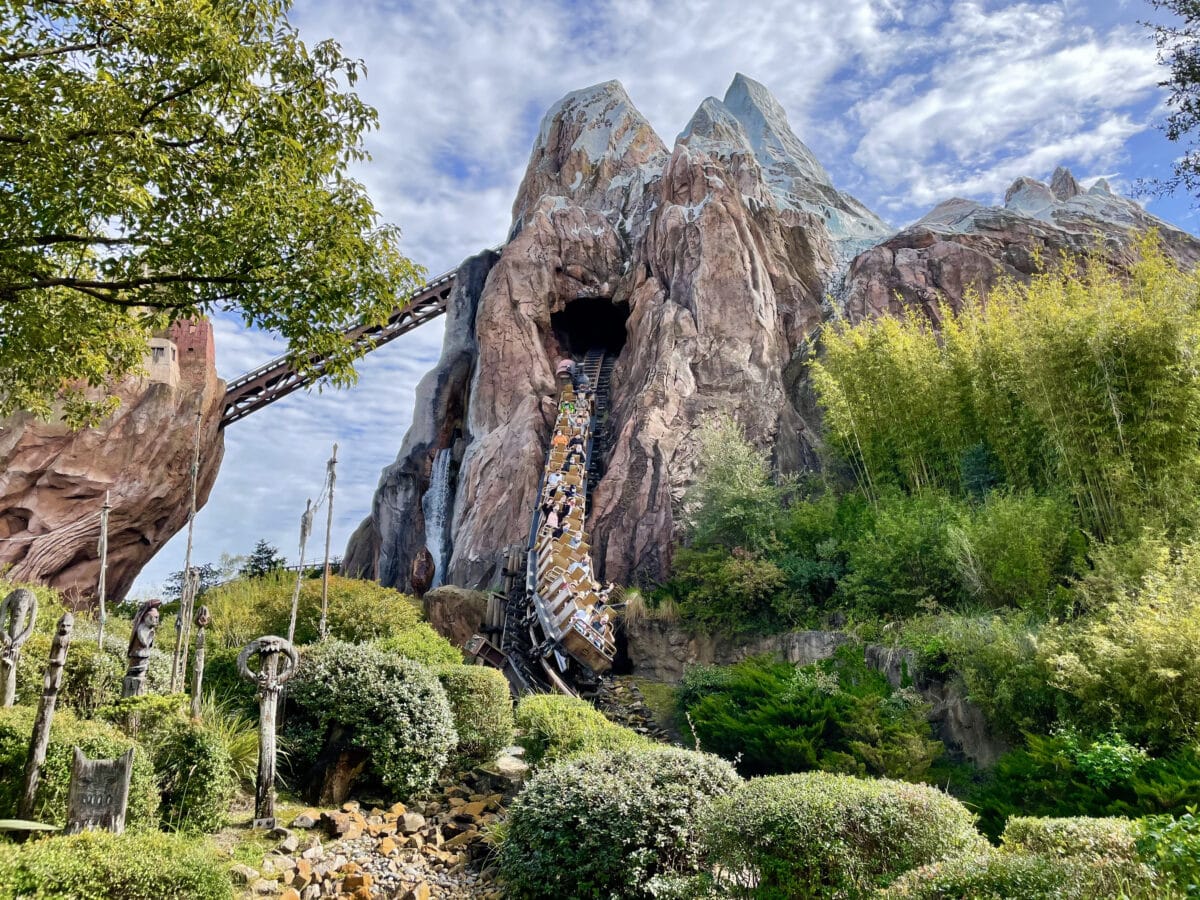 We get it. No one is excited to pay for something that was previously free. That being said, it isn’t entirely surprising that Disney has decided to go the paid route, given that MaxPass in Disneyland was also a paid service and that the Universal Orlando Express Pass has had a fee for quite some time.

Since Genie+ was announced, people aren’t exactly impressed by Disney World’s money grab from the feedback we’ve seen online. Having someone spend money (and not an insignificant amount) on a previously complimentary service is a pretty big ask. Plus, in the spirit of branded giveaway t-shirts and food samples, we’re pretty sure that people are significantly more likely to use something for free versus having to buy the exact same something.

Needless to say, with so few people (presumably) opting to pay for Lightning Lane access, if you do decide to pony up the cash, there probably won’t be too many other people waiting next to you in line. At least, not nearly as many as those who used FastPass.

If the thought of sashaying past switchback after switchback people in line isn’t tempting you, keep in mind that buying Genie+ and Individual Attraction Selections won’t be worth it for everyone. Those who don’t mind waiting in long lines or care about which rides they go on can easily give the service a pass.

However, if not going on a set list of rides will ruin your trip, then we recommend you make some room in your budget or risk having to spend hour upon hour in the queues – or possibly not getting to experience attractions like Remy’s Ratatouille Adventure or Star Wars: Rise of the Resistance at all.

Do You Have to Use Disney Genie+ Every Day of Your Trip? 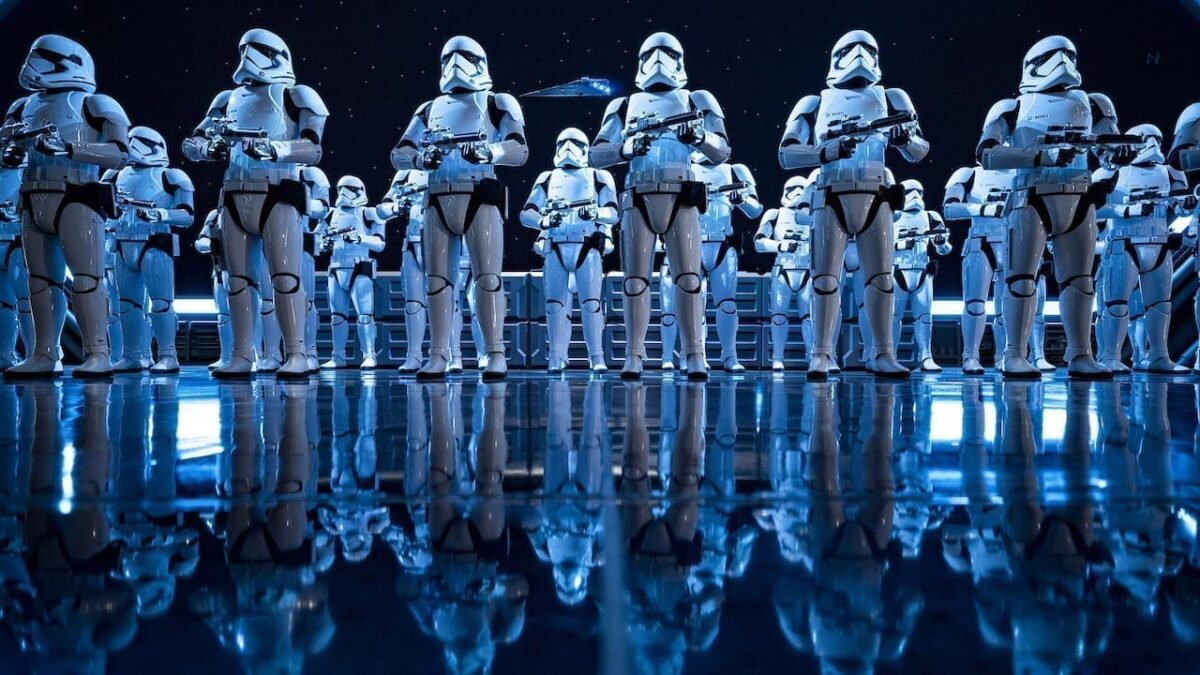 No. While you will have the option to add on Genie+ for the entire length of your trip when purchasing your vacation package or tickets in advance, if you’d rather not book the service for your whole stay, you can also buy Genie+ on each specific day you’d like to use it.

Can You Buy Both Genie+ and Individual Lightning Lane Selections?

Yes! Since Disney Genie+ and Individual Lightning Lane Selections cover different rides at Disney World, purchasing the service is necessary if you want front-of-the-line privileges for all the rides on each list.

When Can You Buy Genie+ & Individual Attraction Selections and Make Lightning Lane Reservations?

For Disney Genie+, as we mentioned earlier, if you’re buying tickets in advance or booking a vacation package, Genie+ can also be purchased at that time as long as you’d like the service for every day of your trip. Otherwise, you will be able to buy the service starting at midnight on whichever day you’d like it. Once you’ve booked the service, you can then begin making Lightning Lane reservations starting at 7 AM on the day you’re going to the park.

As for Individual Attraction Selections, reservations can’t be purchased or made until the day of your park visit. However, guests staying at one of the Disney World hotels, the Walt Disney World Swan & Dolphin or Shades of Green do get a head start on other park guests and are able to start paying for and booking Individual Lightning Lane Selections beginning at 7 AM. Other park guests will need to wait until the park opens to make their selections.

How Many Genie+ Attraction Reservations Can You Book at Once? 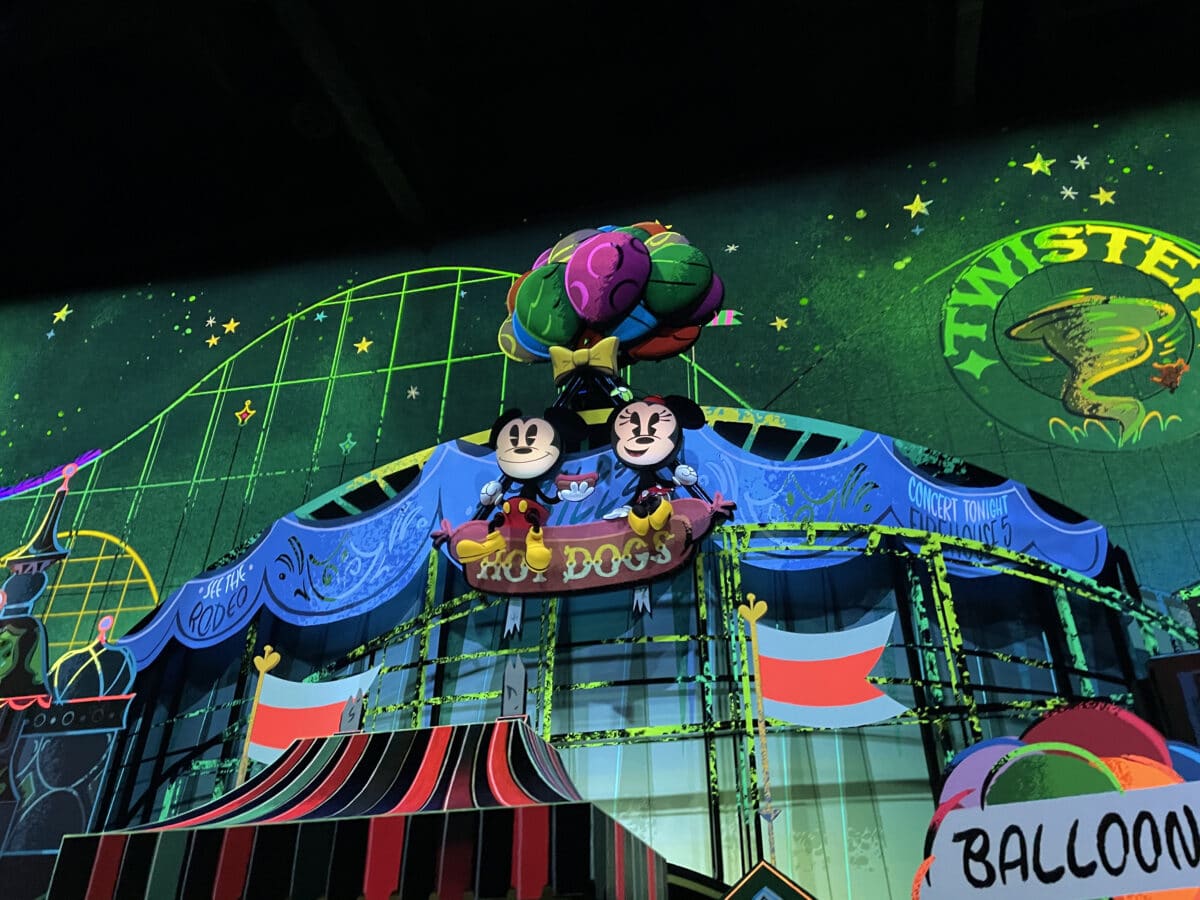 Unlike FastPass, you can only make one ride reservation at a time, with each reservation being for a one-hour ride window. Once you’ve gone on that ride once, you will then be able to make your next Genie+ reservation. As is our understanding, guests will only be able to reserve the next available time slot, so keep this in mind when planning out your day.

Can You Book Group Ride Reservations?

While Disney hasn’t explained exactly how this will work yet, we can only assume that it will be similar to FastPass+ and virtual queues, with guests being able to include their connected party members on My Disney Experience when making their reservations.

How Many Individual Lightning Lane Selections Can You Make Each Day?

Guests will only be able to make two Individual Attraction Selections for each day of their trip. However, those reservations must be for two different rides.

Can You Use the Lightning Lane More Than Once for the Same Ride?

We hate to burst your bubble, but there will be no doing Remy’s Ratatouille Adventure, Haunted Mansion or any other ride on the list twice. That is unless you’re planning to wait in line with all the commoners the second time. Like how each Individual Lightning Lane Selection must be for a different ride, guests also won’t be able to use Genie+ to go on the same attraction more than once. Keep in mind that this could change following the service’s launch.

Can You Book a Lightning Lane Reservation in Another Park? 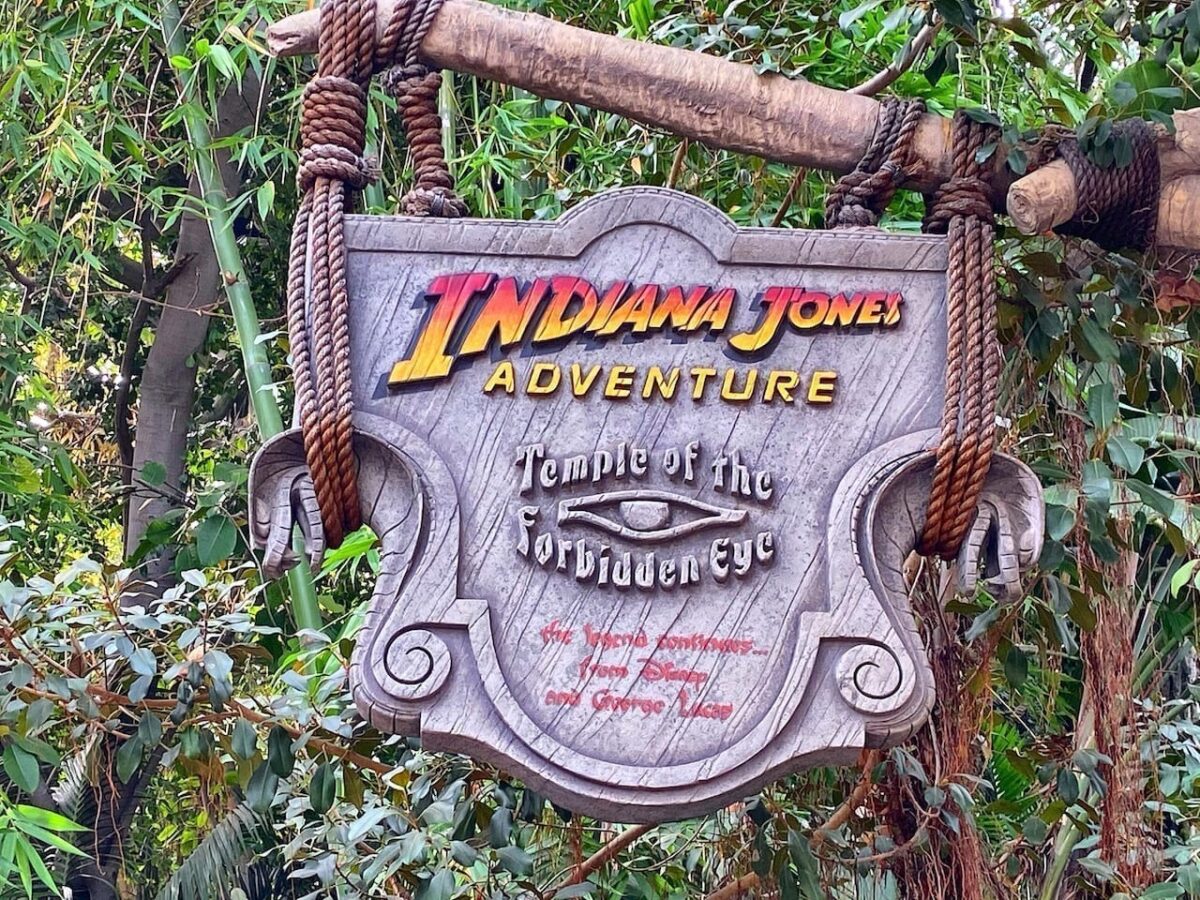 Yes! If you have park-hopping privileges and Disney Park Pass Reservations, you will be able to make a Lightning Lane reservation for a ride in your next park starting at 2pm.

Can Annual Passholders Use Lightning Lanes?

Of course! Annual Passholders will be able to buy Genie+ or Individual Attraction Selections (which both use Lightning Lanes, remember) on the days they decide to go to the parks. Although there isn’t currently an add-on option for Genie+ for the new annual pass program just yet, we anticipate that one will be made available in the months following the service’s launch.

Will There Still Be Virtual Queues? 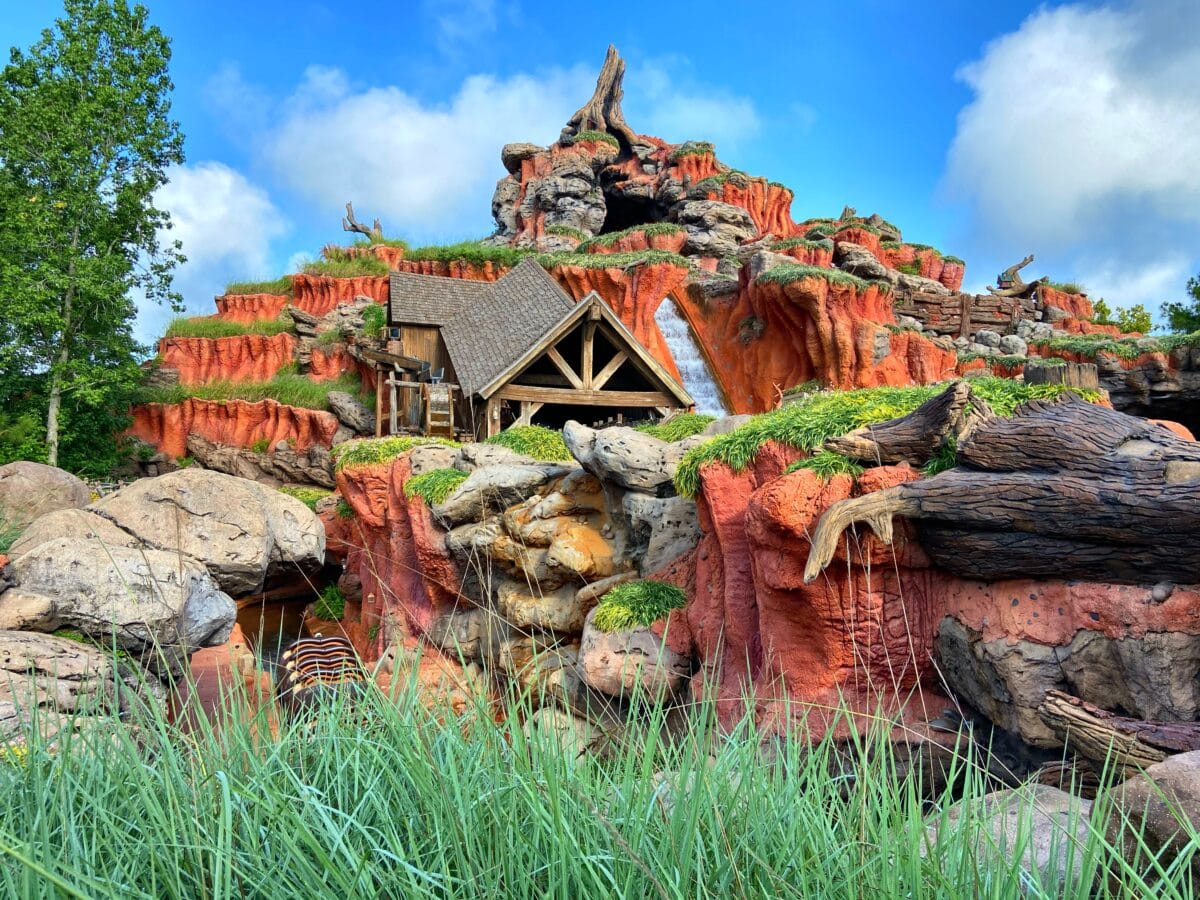 Ready to waltz past everyone in the standby line? Here’s the complete list of Lightning Lane attractions. 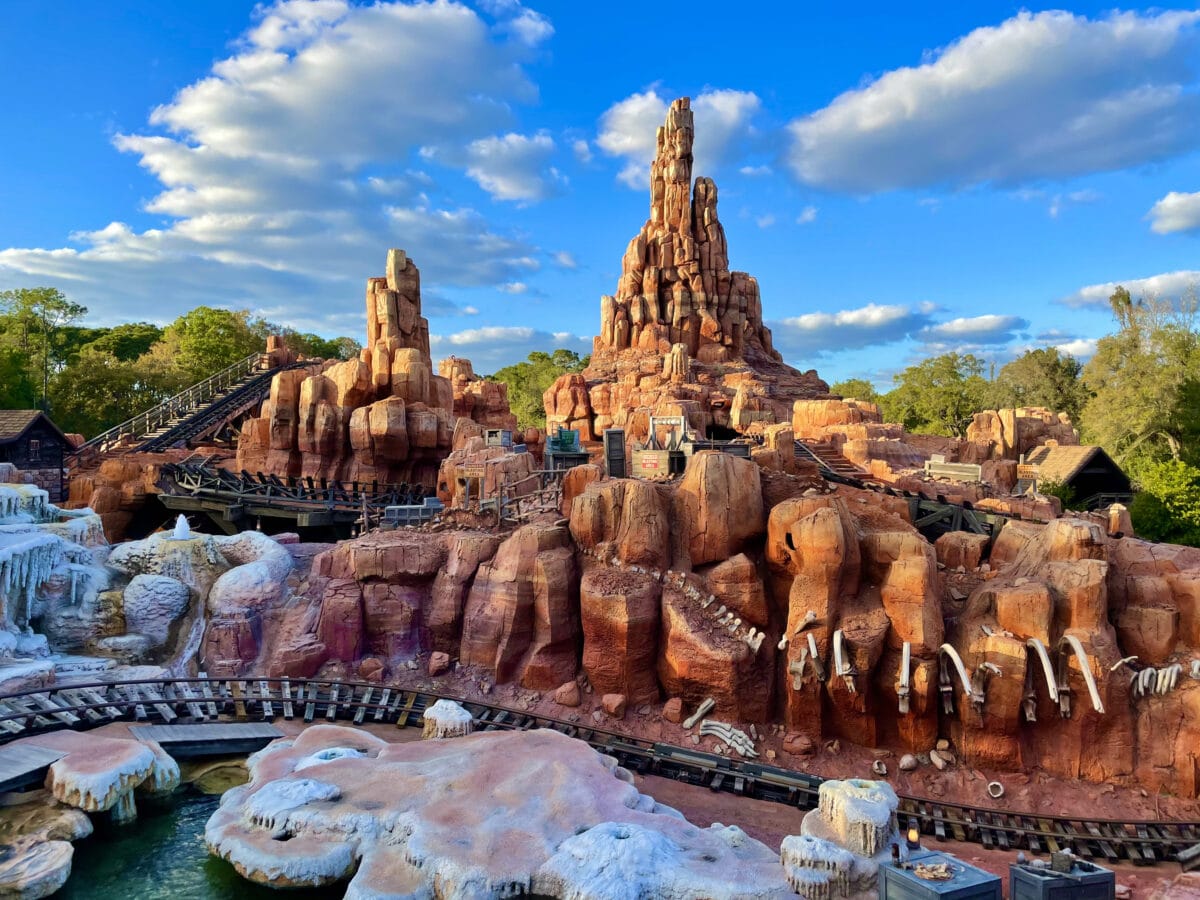 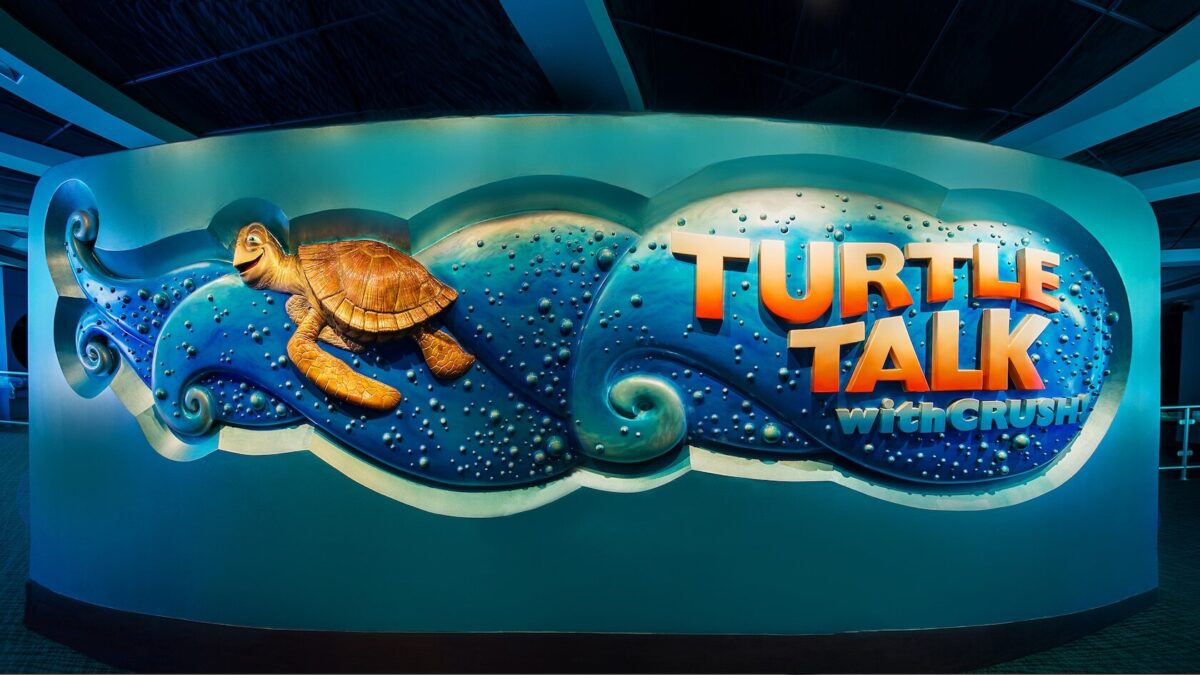 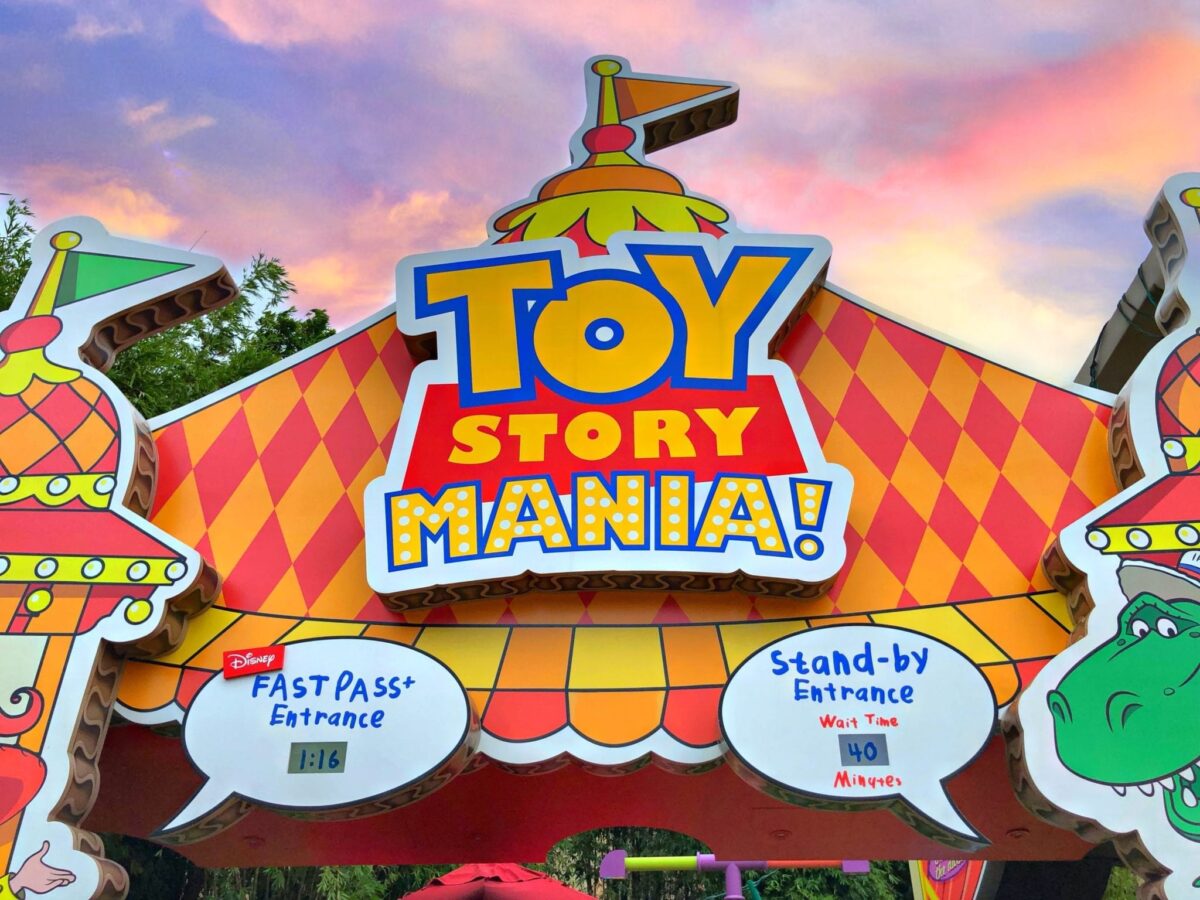 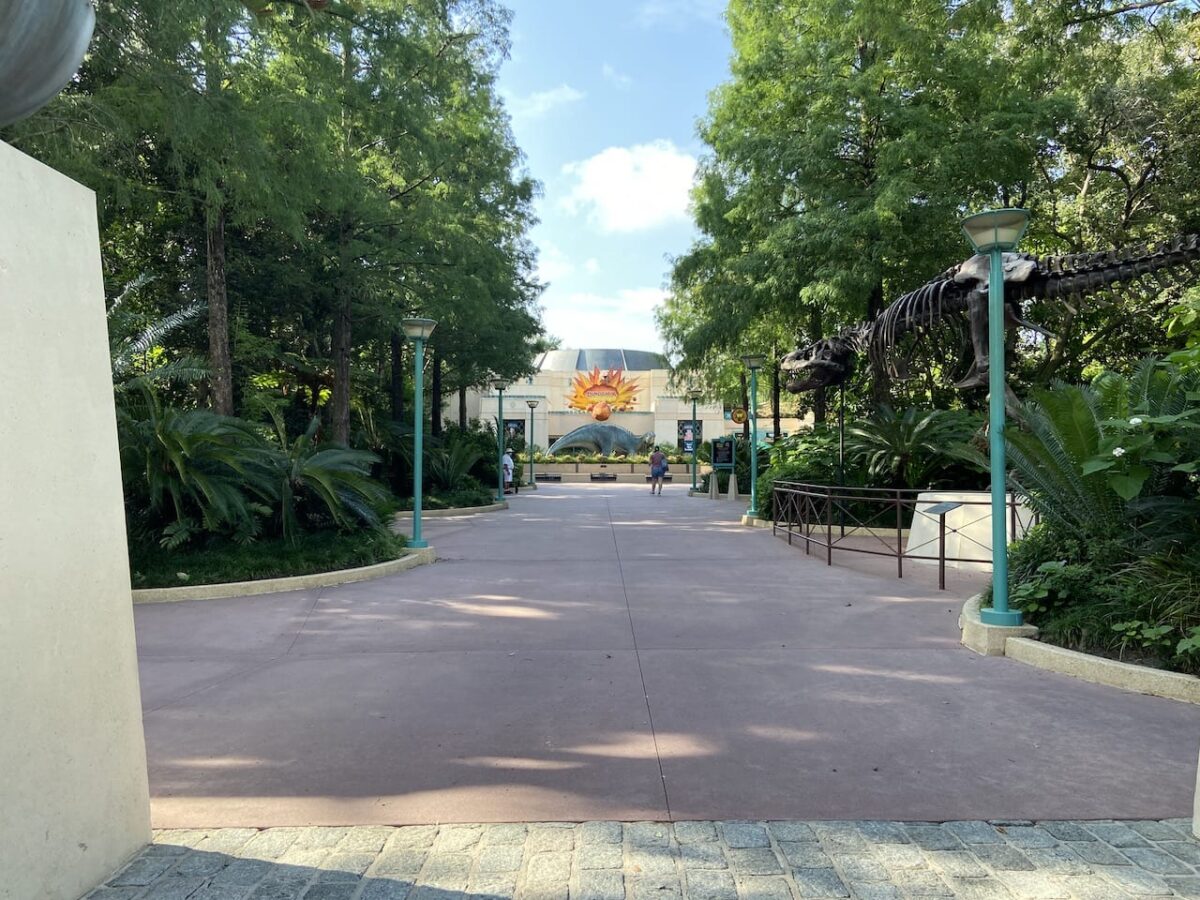 Pandora – The World of Avatar

Well, thrill-seekers and dark-ride fans, that concludes the list of which rides will have Lightning Lanes at Disney World.  Whether you’re planning on paying for the service or skipping it, we hope we’ve helped to answer some of your questions.

Rather take your chances with the standby line? Make the most of your time with our 1-day plans for Magic Kingdom, Epcot, Hollywood Studios, and Animal Kingdom. Ready to say “take my money” to Disney? Save some cash for your Lightning Lane reservations with our discounted Walt Disney World tickets.

Will you pay to use the Lightning Lanes? Let us know in the comments!