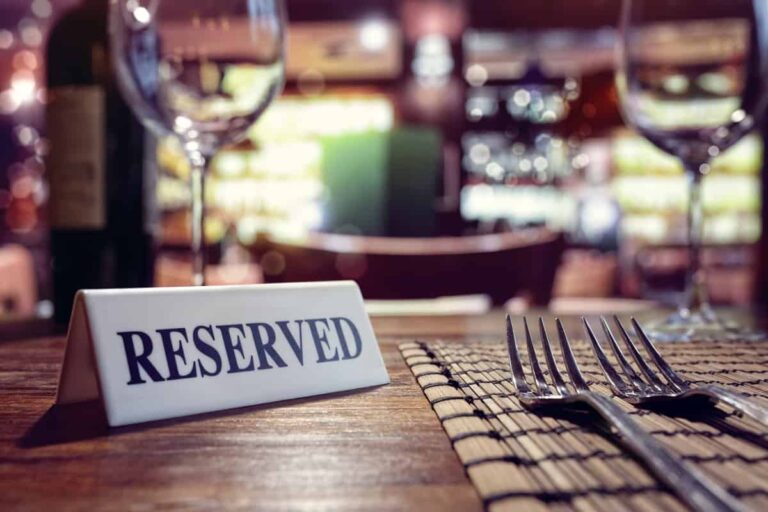 The main appeal to Disney World is its grand attractions, character and cast member encounters, and fun rides. However, there’s more to the theme park than that. There are some fantastic restaurants as well, many of which are extraordinarily high-class and high-quality.

Not many people visit these restaurants, but those that do usually have nothing but positive things to say about their experiences. In this article, we’re going to take a look at some of the best table service at Disney World, the food they serve, and their overall atmosphere.

Monsieur Paul is the replacement to Bistro de Paris and occupies the second floor in the France pavilion at Epcot. It maintains most of the same sophisticated atmosphere that the previous restaurant was renowned for, while also improving its food.

Most people who dine at Monsieur Paul rave about the snapper with fennel. Like most of the dishes on the restaurant’s menu, it is flavored distinctly but maintains a lightness that makes it palatable and satisfactory. The truffle soup, which features the characteristic earthy umami taste of mushrooms, is one of the highlights from their appetizer selection.

The baguettes that come with dinner are widely considered the best bread at the resort. When it’s time for dessert, Monsieur Pauls does not disappoint. They serve dishes like La Sphere, which is a ball of chocolate that is accompanied by pralines, chocolate cream, and chocolate almond cake.

We recommend that you save room for the La Captive pear brandy, which is served after dinner. Don’t be shy to ask the servers how this unique liqueur is created.

Victoria and Albert’s might just be the most exclusive restaurant on this list. Children below 10 years old may not enter the dining room, which is quite unusual since Disney World is a place designed for young children.

The food here is stunning, the decor is extremely elegant, and there’s even a harpist to compliment the romantic, sophisticated atmosphere. The service is something to behold as well and might surprise most guests on their first visit.

The menu changes constantly, and the dishes that are featured on it are generally exotic, including things like Colorado bison with caraway seed vinaigrette, or octopus a la Plancha, which is served with a black garlic aioli.

If you’re looking for an even more exclusive experience, you could book a dinner at the Chef’s table. You’ll be taken on a culinary journey that can feature as many as 13 courses, guided by the restaurant’s head chef.

As you probably may have guessed, such an impressive restaurant requires impressive prices, but splurging at Victoria and Albert’s is well worth it.

As you’ve probably guessed, the food served at Flying Fish is seafood-based, but rather than your classic battered fried fish, they serve seasonal and creative entrees. All of the food is prepared in the open kitchen, and you can expect your food to be accompanied by things like leek fondue, heirloom radish, or roasted fennel.

Flying Fish does offer many non-seafood dishes, including tomahawk ribeye, filet mignon, and chicken marinated in buttermilk. They have a particularly broad wine menu, many of which pair well with their artisanal cheese menu and the main dishes.

Next to Flying Fish is one of the best places to get drinks at Disney World – a place called the AbracadaBar. It has quite an interesting backstory: it used to be one of the hangout areas for many vaudeville-era magicians.

Jiko – The Cooking Place is perhaps the most exotic, and one of the most expensive, restaurants that can be found at Disney World. All of their dishes draw inspiration from African cuisine. The menu reflects the plentiful variety found on the continent.

Your choices depend on the season that you visit, and can include anything from Swahili curried shrimp and coconut rice, seared maize pudding served with chakalaka, which is a spicy South African relish, and seared ostrich fillet with seasoned chickpeas. This is generally as distant as it gets from the classic Disneyland cheeseburger.

Make sure that you browse through the restaurant’s extensive selection of South African wines and take a look at their tea menu, which features some specialty blends from Africa. Jiko’s also offers a great interlude after dinner, followed by an exploration of the animals that graze on the Animal Kingdom savannah.

When you dine at the California Grill, you should consider starting with one of their delicious pizzas baked in an authentic brick oven. They feature some great toppings, like pepperoni, which is made in-house.

You could also opt for sushi as an appetizer. The main meals include dishes like pork tenderloin, jumbo sea scallops, and oak-fired beef filet. The wine list consists mostly of Californian varieties. This is also the restaurant at Disney World that offers some of the best views, as the side balcony lets you view the Magic Kingdom fireworks display that takes place every evening.

The soundtrack is synchronized with the speakers at the restaurant, so you’ll be able to hear it in its entirety. Be sure to plan your meal ahead of time so you can enjoy your drinks while watching the display.

And there you have it – some of the best table service restaurants you can find at Disney World. There is something to suit everyone’s tastes and preferences, so we hope you enjoy exploring them!