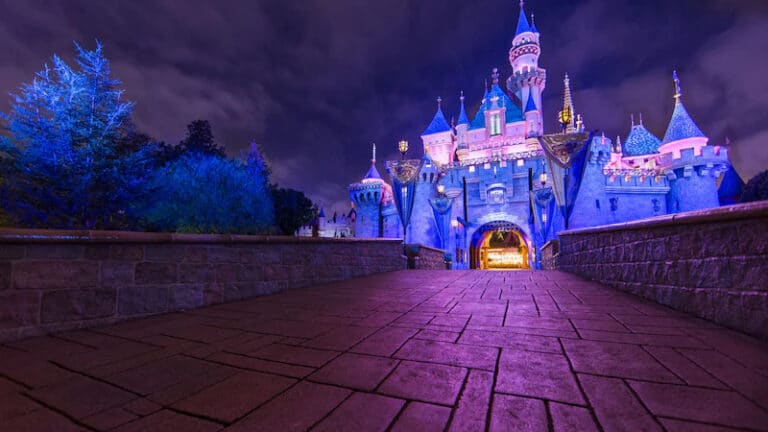 Because we’re all there for the attractions (and food, let’s be honest) it’s one of the most important parts for trip planning. That’s why we’ve created this Reviews Guide. It can help you plan in several different ways. First we list out every major attraction, show and game so you know what’s there. Second we list which attractions are part of Genie+ and which ones we highly recommend if it’s your first time visiting. 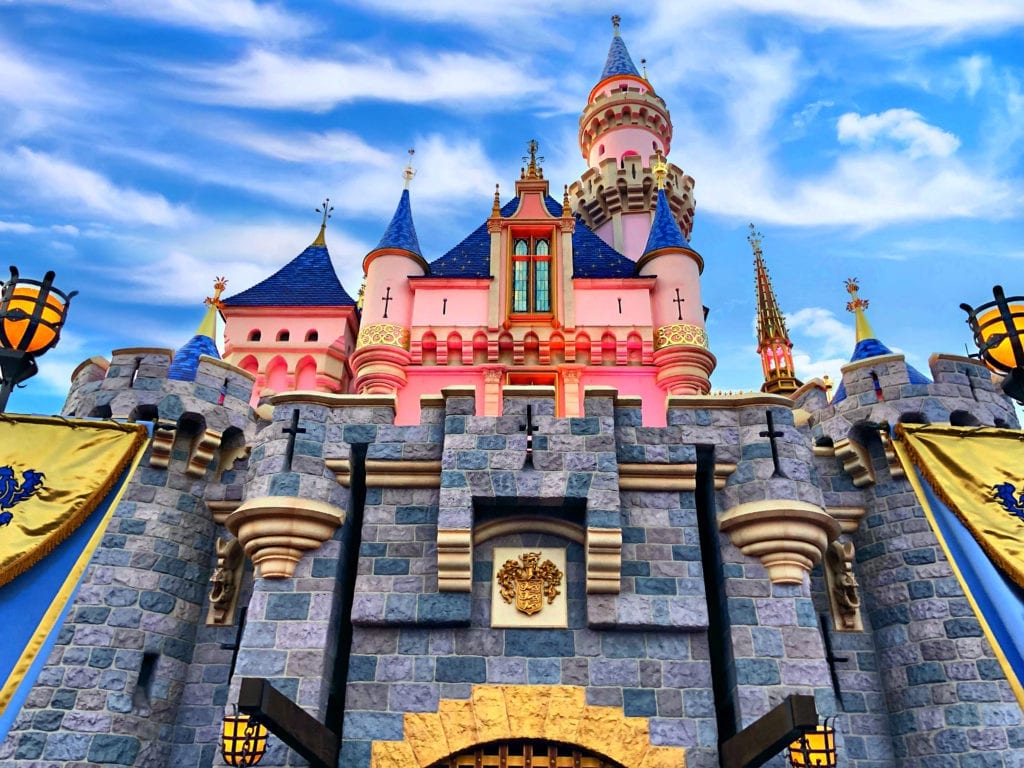 Third you’ll be able to figure out which attractions your party can go on based on ones that have a height requirement and ones that don’t. This is valuable if you’re traveling with little ones.

You’ll notice that some attraction links are clickable and some aren’t. We constantly adding Disney Resort Attraction Reviews to our list below that offer details on each ride including what you can expect and tips and tricks. Be sure to check back frequently to see what we’ve added!

Astro Orbiter – Pilot your very own rocket ship high in the sky amid a gleaming constellation of orbiting planets.

Disneyland Monorail – Ride the historic, high-speed zero-emission transportation system that rockets along a single rail through the Disneyland Resort.

Dumbo the Flying Elephant ⭐️ – Soar high in the sky aboard the famous little pachyderm on a fanciful flight for all ages.

Finding Nemo Submarine Voyage – Journey into the charming world of Disney and Pixar’s Finding Nemo on a gentle undersea expedition.

Haunted Mansion 🧞‍♂️ ⭐️ – Take your seat in a gloomy Doom Buggy for a spooky tour through this house of happy haunts.

“it’s a small world” 🧞‍♂️ ⭐️ – Board a whimsical boat ride for a song-filled journey around the globe—this cherubic chorus is pure joy!

Jungle Cruise ⭐️ – Cast off on a guided tour of the world’s most remote rivers—where dangerous beasts and dry wit abound.

King Arthur Carrousel – Sit astride a regal steed at this classic attraction and gently “gallop” through a whirling backdrop of color and sound.

Mad Tea Party ⭐️ – Pour yourself into an oversized teacup and spin through a whimsical party.

Many Adventures of Winnie the Pooh – Buzz through Hundred-Acre Wood in an oversized beehive and revisit beloved songs and scenes from Winnie the Pooh.

Mark Twain Riverboat ⭐️ – Cruise the scenic Rivers of America on a sightseeing tour aboard a majestic 19th-century paddle boat.

Mr. Toad’s Wild Ride ⭐️ – Zig and zag in a motorcar with J. Thaddeus Toad, Esq. on a manic drive through the countryside.

Peter Pan’s Flight ⭐️ – Soar over London aboard an enchanted pirate ship to Never Land with the boy who wouldn’t grow up.

Pinocchio’s Daring Journey – Relive the classic adventures of the wooden puppet who dreamed of becoming a real boy.

Pirate’s of the Caribbean ⭐️ – Steer a course for the Golden Age of Piracy on a swashbuckling cruise through seas plagued by scoundrels.

Roger Rabbit’s Car Toon Spin 🧞‍♂️ – Steer a runaway taxicab through the wacky streets of Toontown as you follow the adventures of Roger Rabbit.

Snow White’s Scary Adventures – Embark on a suspenseful ride into delightful and frightful scenes from Snow White and the Seven Dwarfs.

Storybook Land Canal Boats – Cruise through the mouth of Monstro the Whale into a magical land of Disney movie locales—all in miniature.

Autopia – Put the pedal to the metal on an unforgettable road trip along a miniature motorway.

Big Thunder Mountain Railroad 🧞‍♂️ ⭐️ – Streak through a haunted gold mine aboard a speeding train on this thrilling coaster-style ride.

Space Mountain 🧞‍♂️ ⭐️ – Race through the cosmos in the dark to the edge of the galaxy and back on a thrilling roller-coaster ride.

Indiana Jones Adventure 🧞‍♂️ ⭐️ – Embark on a fast-paced thrill ride in search of Indiana Jones—enter this cursed temple at your own risk!

Matterhorn Bobsleds 🧞‍♂️ ⭐️ – Hurtle through a snow-capped mountain on a speeding alpine sled while avoiding the clutches of the Abominable Snowman.

Splash Mountain 🧞‍♂️ ⭐️ – Set off on a delightful log flume ride featuring characters and songs from the classic Disney film Song of the South.

Star Tours 🧞‍♂️ ⭐️ – Make the jump to hyperspace aboard a 3D space flight to legendary destinations from the Star Wars saga.

Chip N’ Dale Treehouse – Scamper into the home of the nuttiest duo around and see the world from a very chipmunk point of view.

Goofy’s Playhouse – Scamper around a haywire house that could only have been designed by Goofy himself!

Main Street Cinema – Venture inside a vintage movie palace for a screening of some of Walt Disney’s earliest animated films.

Mickey’s House – Take a self-guided tour of Mickey’s humble abode and then meet, greet and snap a photo with the Big Cheese himself.

Minnie’s House – Pay a visit to the cutest house in Mickey’s Toontown on a self-guided tour—and you may even run into the owner herself.

Pirate’s Lair on Tom Sawyer Island – Brave an adventure all your own at this secret island hideaway inspired by the stories of Mark Twain.

Star Wars Launch Bay – Celebrate everything Star Wars at this headquarters for the epic space saga.

Tarzan’s Treehouse – Tour the legendary vine-swinger’s jungle home—built in an 80-foot-tall tree—and experience life on the wild side.

Davy Crockett’s Explorer Canoes – Paddle down the Rivers of America on a grand oar-venture all the way around Pirate’s Lair on Tom Sawyer Island.

Golden Zephyr – Soar high in the sky in a gleaming retro spaceship inspired by science fiction stories of the 1920s.

Inside Out Emotional Whirlwind – Tap into Riley’s Emotions when you take a sense-sational spin around the whimsical world inside her mind’s Headquarters.

Jessie’s Critter Carousel – Saddle up for a whimsical spin on Jessie’s favorite critter pals from her wild west adventures—yee-haw!

The Little Mermaid ~ Ariel’s Undersea Adventure – Journey under the sea for a whimsical musical adventure awash with scenes from the animated Disney classic.

Monsters Inc. Mike and Sulley to the Rescue – Zip through scenes from the Disney and Pixar film Monsters, Inc. on a wild taxi ride with familiar scare-acters.

Red Car Trolley – Hop aboard a charming vintage trolley for a scenic ride through Buena Vista Street and Hollywood Land.

Grizzly River Run 🧞‍♂️ ⭐️ – Embark on a thrilling whitewater raft adventure that splashes you down a roaring California river deep in the mountains.

Incredicoaster 🧞‍♂️ ⭐️ – Join the Incredibles in a mad dash to catch Jack-Jack as he wreaks havoc throughout this high-speed chase!

Jumpin’ Jellyfish – Float high into the sky above Paradise Bay aboard a colorful jellyfish before gently sinking back down to dry land.

Luigi’s Rollickin’ Roadsters – Climb aboard a colorful car that “dances” its way across Luigi’s lot to tire-tapping Italian tunes!

Mater’s Junkyard Jamboree – Ride along aboard a tractor during a tow-tappin’ hoedown hosted by Mater from the Disney and Pixar film Cars.

Silly Symphony Swings – Get swept off your feet and into the air as you wheel above it all in graceful, soaring circles.

Soarin’ Around the World 🧞‍♂️ ⭐️ – Feel the wind in your face during an airborne hang-gliding flight over the wonders of the world.

Animation Academy – Draw your very own character sketch under the guidance of a talented animator.

The Bakery Tour – Go on a tasty tour of a real bakery and see how the world-famous San Francisco sourdough bread is made.

Mickey’s Philharmagic ⭐️ – Immerse yourself in the wonder of Disney animation and music when you experience this 12-minute, 3D movie starring Donald Duck.

Sorcerer’s Workshop – Discover how Disney animators bring some of your favorite characters to life through 2 amazing interactive experiences.

Frozen 🧞‍♂️ – From a captivating new theatrical spectacular to up-close encounters with Anna, Elsa and Olaf, a flurry of Frozen thrills await you!

World of Color 🧞‍♂️ ⭐️ – Disney and Pixar stories soar to life on a vivid veil of mist during this outdoor nighttime spectacular.

Games of Pixar Pier – Put your skills to the test at whimsical game booths along the Pixar Promenade.